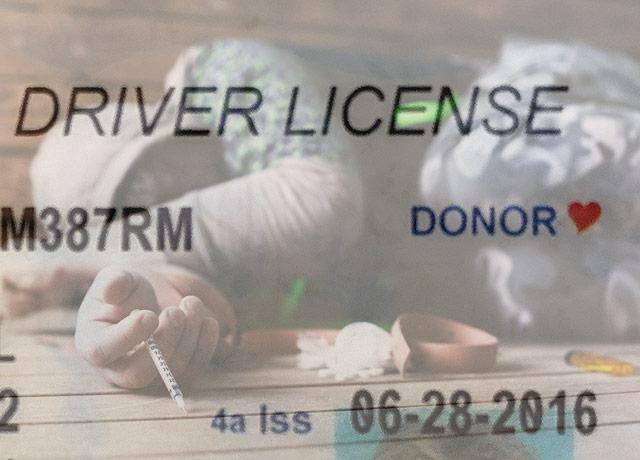 Photo illustration by Brian Donohue / UW Medicine
If you are a designated organ donor, you should tell your family, says Dr. Jorge Reyes.

More donor organs have become available due to overdose deaths. UW Medicine’s chief of transplantation surgery Dr. Jorge Reyes talks about the organs’ health, risk of infection transmission, and the surrounding stigma. This interview was condensed and edited for clarity.

Q: What is the relationship between organ donation and people who overdose on drugs?

Reyes: Organ donation is an operation done on people who have died. They are legally, biologically, organically, ethically dead. When you’re dead, you’re a cadaver.

The question before us is specifically about donors who have died because of a certain reason: drug overdose. We’ve been using organs from donors such as these for a long time. Definitely the number has increased dramatically because of the drug abuse endemic that is worsening, particularly due to prescribed drugs. But the essential component is brain death.

There are also people dying from different overdoses – heroin, methamphetamine, really hard-core drugs that suggest a bad lifestyle that exposed them to infections, malnutrition, disease. You would wonder why we’d use organs from such a patient. Historically there has been reluctance, but today we have tests for the potential transmission of infection – hepatitis C, hepatitis B, HIV – and we can manage those conditions.

Many patients dying of drug overdose are negative for any transmissible infection. Those who are positive, we actually can still use those organs because, even though there is evidence they’ve been exposed to these infections, the livers are completely normal. Many of these infections are treatable. The bad one used to be hepatitis C, but now hepatitis C can be cured easily. So we’re transplanting organs from hepatitis C-infected patients – normal organs, so to speak, the liver, the kidneys, the heart – into patients who have a history of hepatitis C.

Q: But you’re not transplanting those organs into people with no history of hepatitis?

A: If patients are sick enough, if they are likely to die within, say, 30 days, we are considering using those organs in patients who have never been exposed to hepatitis. There you have the risk-benefit ratio that we deal with in medicine all the time.

Q: Is there any type of overdose that would preclude donation?

A: Tylenol overdose would preclude the liver, but we could use the kidneys. Just the fact of the drug overdose doesn’t usually create problems with organs; usually death is a consequence of respiratory failure, rupture of intracranial vessels, things like that. The potential adverse circumstances would be infection in association with this lifestyle of drug abuse. The liver would be the most common for hepatitis C, for example, but there would be no effect on the donor heart or lungs.

I think it’s more the long-term life habits of the individual … that have the specter of infection and malnutrition. For example, methamphetamine addiction: These donors look terrible. They’re malnourished, they have terrible teeth, multiple histories of infections with this and that. When we look at a donor like this, we look at the whole history that led them to their death with by methamphetamine. But in terms of the drug itself, the donor livers are fine, the kidneys are fine, the hearts are fine.

Q: Can you talk more about the likelihood of transmission of infection and disease?

A: We know a lot about this today; we’re a lot better now in terms of detecting disease. Transmission of infection with organ donation is as high as 30 percent but, again, manageable. Many of these donors are in the hospital for varying periods. They get bacterial infections, fungal infections, urinary tract infections, pneumonias, bacteremia, things like that: All manageable.

We can treat hepatitis C if, by any chance, it would be transmitted. That was almost impossible before a few years ago. Bacterial meningitis is manageable but viral meningitis is a big unknown. Many times we know from the history or the testing that there may be a viral meningoencephalitis that has caused brain death, but we don’t know which virus, so we can’t treat it. So we’re reluctant to use donors with that unknown.

We’re developing now the HOPE trials for HIV-positive donors and recipients. Before, it was “How can you consider an HIV-positive donor?” Now there is a protocol in play to use those organs for patients who have HIV.  And why wouldn’t we?

Q: Would you say that the opioid epidemic, as horrible a scourge as it is, has been a blessing of sorts for people who need organ transplants?

A: Let me say it a different way: We’ve been using organs with physiologic function from cadavers since the 1960s. The landscape of potential donors is always changing. Trauma, for example, was a big cause in the ’60s and ’70s; not anymore. When I was training in transplant 30 years ago, the oldest donors were 45 years old. Now we’re using organs from donors in their 70s, sometimes their 80s.

Today we have this horrible situation of drug overdoses. It’s a serious problem that we as a community are trying to resolve, and hopefully we will. The blessing in disguise is that there’s a potential for organ donation, and the patients themselves and their families have made decisions to donate. And we thank them for our patients.

Q: Are people awaiting transplant made aware that their organ might come from someone who overdosed on drugs?  Does the hospital have obligation for disclosure there?

A: The patients who are getting these organs are informed of the donor and the circumstances of donation and also of the history of the donor, specifically when it involves high-risk donors where the possibility of risk for transmission of infection exists.

For the use of hepatitis C-positive donor organs, we have a special consent form that transplant candidates sign.

Q: Do most patients sign the consent form?  If they’ve been on the waiting list a while, do they care who the organ comes from?

A: They are more inclined to sign. They realize that their risk of death on the wait list is real. And we’re very clear in terms of the data we provide patients, in simple terms, of what the risk is of transmission of disease. It’s infinitesimally rare to get a disease from an organ donation of the nature that we’re talking about.

Q: Is it usually the case that overdose victim’s family is making the decision for organ donation, or has the decedent initiated that?

A: In our environment, I think that around 70 percent of donors have designated themselves, usually through the Department of Licensing. That’s pretty high nationally, compared to other states. Nonetheless the families should be in accordance with the decision of the donor. That’s why, if you are a designated donor, you should share that with your family so they can participate in this process, versus fighting it. A designated donation is like your last will and testament; it’s legally binding. If you’ve made that designation, our responsibility to you is to make your wish happen.