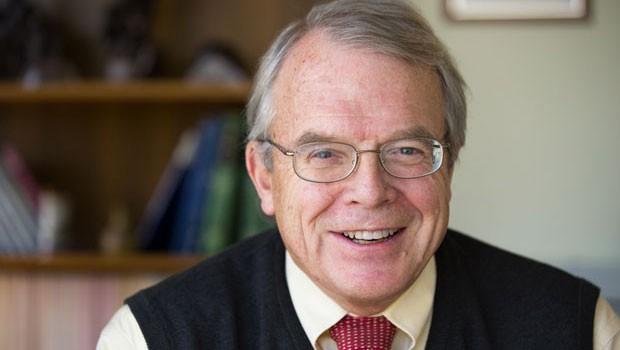 Kaiser Permanente
"When I talk to very old people, 80 and up, and ask them if they ever expected to live this long, they always say no. They usually have outlived their parents," says Dr. Eric Larson.

Dr. Eric B. Larson, 70, knows about aging well. He rides his bike to work (16 miles round-trip). He plays piano and belongs to a book club. Mostly he co-leads the Adult Changes in Thought (ACT) study, the world’s longest-running examination (since 1986) of dementia and memory decline, and preventive measures. It’s a collaboration of UW Medicine and Kaiser Permanente.

Larson, a professor of medicine at the University of Washington School of Medicine, just published a book, “Enlightened Aging: Building Resilience for a Long, Active Life.” It’s imbued with 40 years of perspective based on thousands of study subjects and patients he’s met as a general practitioner.  We spoke by phone recently; here are edited excerpts.

Q: How would you characterize seniors’ attitudes toward old age today vs. the attitudes of seniors in the 1980’s and ’90’s?  What’s one sensibility or expectation that has changed a lot?

Larson: When I talk to very old people, 80 and up, and ask them if they ever expected to live this long, they always say no. They usually have outlived their parents. Ours is the first generation – and I’m talking about people around 65 right now – that has seen lots of people live to be 90, 95, and to start to have expectations for that. As you begin to expect to live longer, you have more decisions to make about growing old, especially with regard to health.

Q: Are today’s seniors are more demanding and inquisitive of caregivers than seniors of a generation ago? And if so, are medical and social services meeting those demands?

Larson: It’s hard to generalize. People are more inquisitive and many people are more willing to take action with their health. People who may have put off having a hip or knee replaced until the last moment are deciding they want to stay active, so discretionary interventions are happening much more often than years ago.

It’s probably true that we should work to change the medical-care system and the interesting ability of young doctors to not celebrate that there are all these great old people. I’ve been practicing for 40 years, and if you’re open and inquisitive as a practitioner, you have to learn about aging because your practice ages with you. Of the people I’ll see in clinic tomorrow, one is 60 and the rest are 75, 83 and 84.

It may be overly optimistic, but I think every physician who practices primary care should be a capable gerontologist – because that’s who our patients are. That’s [the age range] where we spend the most money, anyway.

Q: What’s one or two bits of medical common sense that you wish more seniors would embrace?

Larson: Build resilience. Consciously build physical, mental and social resilience. And expect changes. Don’t succumb to the magic-bullet thinking that “If I just take vitamin B47, nothing bad will happen to me.” Expect you’ll have changes and expect to adapt to them. If there’s a disaster, have the resilience to bounce back.

Q: You identify three reservoirs to be mindful of with aging: mental, physical and social.  In your experience, which of these are seniors attending to well, and which reservoir might tend to be overlooked?

Larson: There’s so much variation. I’ve seen people who have no ability to build their physical reservoir but they stay mentally and socially active. Previous generations, especially women, ignored the physical reservoir, but that’s changing fast. In the social realm I think, ideally, people begin to focus on social relationships that are most important and meaningful for them. In the mental, people overlook having active mental engagement versus watching TV. You need a more active version of mental engagement, like reading. I have a feeling that social media will be a huge boon to keeping people’s brains active late in life.

Q: Can you talk about a culture in another nation that ages with more enlightenment and grace than we do in the United States? What’s our hang-up, for instance, with talking to loved ones about aging and death?

Larson: Japan’s is the society that’s traditionally held up, because they have more reverence for age. But when you look at different peoples and the desires for what constitutes a successful or good old age, they’re more common than different.

There’s been a combination of denial and generations of watching parents who didn’t age well – but as we attach more activity to aging, it should get easier to talk about getting old because it’s not just gloom-and-doom scenarios.  Also, if you know there’s a better chance you’ll live longer – but that at age 90 and 95 you have a 60 percent chance to be demented – it’s going to be more important to have those conversations about how you want to grow old.

Focus your energies on your bucket list. Find an anniversary or special date and share your expectations and hopes with somebody you’re close to – spouse, kids, trusted neighbor, pastor. Have that conversation now; don’t wait till you need hospice. It’s not easy but I do think individuals and families who have prepared do better.

Email us if you'd like to speak with Dr. Eric Larson.