Reseachers respond to queries about the interpretation of study findings published in The Lancet . 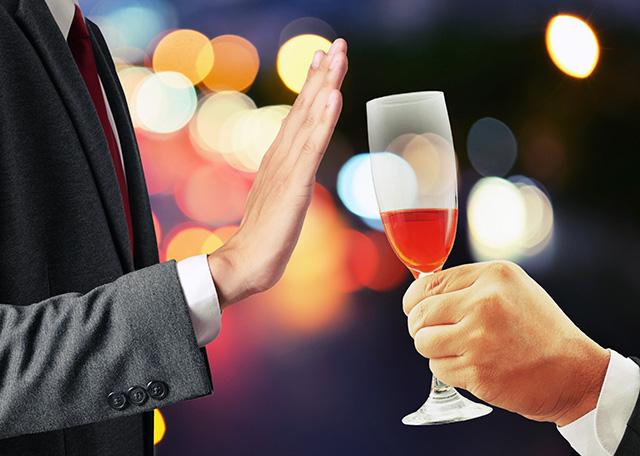 Getty Images
A new study concludes that drinking alcohol contributes to many diseases and injuries, and that no level of consumption is healthful.

The Global Burden of Disease study is ongoing research that provides global health estimates and examines worldwide, national, and regional trends for death and disability from major diseases, injuries and risk factors. It's goal is to understand the health challenges of the 21 century. Its most recent report was on alcohol consumption and alcohol-related health conseequences in countries around the world.  This research team was headed by Dr. Emmanuela Gakidou of the Institute for Health Metrics and Evaluation at the University of Washington.  Gakidou is also a professor of health metrics sciences at the UW School of Medicine.

Here are the research teams responses to common queries about the study:

Q: What are the most significant findings of this study?

A: There are four major findings in this study:

Q: What are the health risks to consuming alcohol?

A: The health potential health effects are numerous. Those examined in the study include:

Q: So are you saying everyone should give up drinking straight away?

A: This study is an analysis of health data, and designed to inform individuals and policy makers about the harmful effects of alcohol. That said, if one wants to minimize overall health loss, yes, one should not drink. It should be noted, as figure 5 in the paper indicates, there is a minimal increase in risk from zero to one drink per day. There is a much larger risk from one to two drinks per day in risk, which is what the average drinker currently consumes.

Q: Many people believe a glass or red wine – or even just a well-deserved drink on a Friday after work – is actually good for you. What do you say to them?

A: Alcohol, like tobacco, is an addictive substance. The more people who drink and the more drinks they consume, especially on a daily basis, leads to significant health loss for an individual, community, a state or province, and a nation.

Q: What are some other findings?

Q: What data were used that led to these findings?

A: This study used 694 data sources on individual and population-level alcohol consumption, along with 592 prospective and retrospective studies on the risk of alcohol use.

Q: Is the first study to determine people refrain from all alcohol for health reasons?

No. This study’s findings are consistent with other recent research, which found either non-significant or no protective effect of drinking. See the following for additional research:

Q: Your study does not distinguish between the harmful effects of beer versus wine versus spirits. How could you overlook such important distinctions?

A: There is a lack of evidence so this study does not distinguish between beer, wine, liquor, and other types of alcohol when estimating the disease burden. Much more information and data are needed to examine such distinctions and to develop a substantive analysis.

Also, we were unable to analyze patterns of alcohol consumption – from only periodic or infrequent drinking to binge drinking. There are so few studies quantifying the risks of drinking patterns and average levels of consumption in tandem. In addition, alcohol consumption for populations younger than 15 was not assessed due to lack of sufficient data on youth drinking.

Q: What are the parameters of consumption on which you based your findings?

Standard drinks are defined differently by country; for example, in the UK a standard drink is 8 grams of alcohol, whereas in Australia, US, and Japan, it is 10 grams, 14 grams, and 20 grams, respectively. The Global Burden of Disease study standardizes standard drink consumption across surveys and countries to account for inconsistent definitions and different serving sizes.

Q: In which countries do people drink the most and the least?

A: The lowest levels of average alcohol consumption occurred in predominantly Muslim countries, such as Pakistan, Kuwait, Libya, Bangladesh, and Iran, where men and women consumed on average less than 0.05 standard drinks daily. Many countries with high prevalence of current male drinkers, such as Denmark (97%), Poland (94%), and France (93%), also had high average consumption (4.5, 4.2, and 4.9 standard drinks daily, respectively). Likewise, many countries with low prevalence of current male drinkers, such as Bangladesh (1%), Pakistan (0.86%), and Egypt (1.2%), also had very low average consumption – e.g., less than one-fifth of a standard drink daily.

However, in some countries, prevalence and consumption trends diverged. For example, per capita consumption of alcohol in men in Vietnam was very high (5.4 standard drinks daily) in 2016 relative to other countries; yet overall prevalence of current male drinkers in Vietnam was only moderate (50%) comparatively. In contrast, per capita consumption of alcohol by men in Singapore was a relatively low 0.7 average standard drinks in 2016, but more than 85% of all males were consuming.