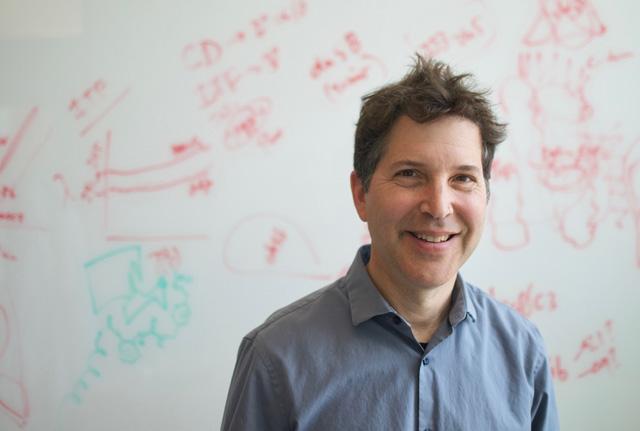 Institute for Protein Design
David Baker, professor of biochemistry, is being honored for developing technology for de novo creation of useful proteins.

David Baker, professor of biochemistry at the UW School of Medicine and director of the Institute for Protein Design is among four University of Washington professors named winners of the 2021 Breakthrough Prize.  The prize  recognizes groundbreaking achievements in the life sciences, fundamental physics and mathematics.

Baker won the prize for life sciences, while a team of UW physics professors, including Eric Adelberger, Jens Gundlach and Blayne Heckel, earned the prize for fundamental physics.

Baker was recognized for developing technology that allowed the design of proteins never before seen in nature.  These include novel proteins that have the potential for therapeutic intervention in human diseases.

Over billions of years, nature has produced a thousand trillion proteins — the workhorse molecules essential to every life function. Proteins fold into structures that allow them to precisely perform their functions.

Baker was at the forefront of the protein design revolution, when scientists harnessed supercomputing and newly discovered principles of how natural proteins fold to turn evolution on its head.

“We could wait another million years for the protein we need to evolve, or we could design it ourselves,” Baker said.

His enthusiastic world-wide community of 250,000 citizen scientists, Foldit players and gamers uses a combination of human ingenuity and the power of computing. Their latest project is a promising crowd-sourced novel protein that could adhere to COVID-19 coronaviruses and block their ability to latch onto and infect human cells.

“One-hundred people will approach the solution to a problem from 100 different perspectives,” said Baker, who invented the open-source Rosetta software for computational modeling and analysis of novel proteins.

What is the promise of protein design? Universal vaccines for flu, as well as vaccines for HIV, COVID-19 and cancer; antiviral drugs to prevent or treat dangerous infections, medicines for chronic pain; smart therapeutics; nanoengineering for solar energy capture, and more.

“I am excited about this award accelerating progress at the IPD in de novo design of new proteins not found in nature to address current challenges in medicine and beyond,“ Baker said. “I thank my wonderful colleagues — undergraduate and graduate students, postdocs, faculty and staff — at the IPD and UW, and members of the general public contributing to our efforts through the rosetta@home and Foldit projects.“

The awards give Baker and Gundlach, who go on hikes and climbs together, something new to talk about the next time they hit the trails.

“David is very well deserving of this prize,” said Gundlach, who serves as principal investigator on the Eöt-Wash Group’s research in physics. “He has really pioneered the field of protein folding in a major way.”

The Eöt-Wash Group, made up of UW physicists Adelberger, Gundlach and Heckel, was recognized for precision fundamental measurements that test our understanding of gravity, probe the nature of dark energy and establish limits on couplings to dark matter is.

At least three researchers associated with the UW, including Kim Nasmyth, who was a postdoctoral fellow with the late Ben Hall in genetics and genome sciences, have received Breakthrough prizes in prior years.

Each year, the Prize is celebrated at a gala award ceremony, where superstars of movies, music, sports and tech entrepreneurship present the awards. Due to the COVID-19 pandemic, however, this year’s ceremony has been postponed until March 2021.

Plain language with spine scans cuts opioid prescriptions
When smoke gets in your eye, here's what to do
That earache? Might be because of smoke.
8 tips to help parents and kids cope during pandemic
Protein designer David Baker wins Breakthrough Award
END_OF_DOCUMENT_TOKEN_TO_BE_REPLACED