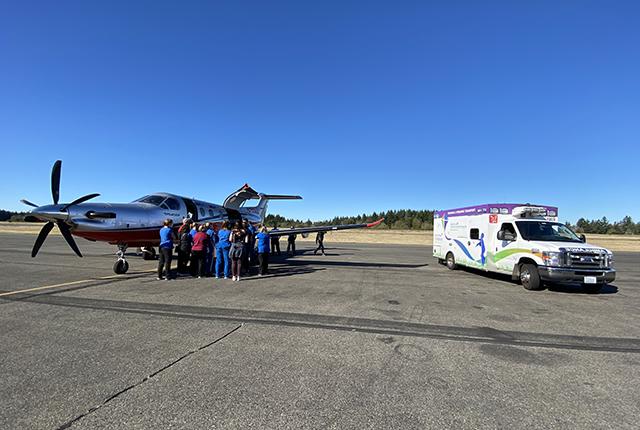 Airlift Northwest interim executive director Jeff Richey describes the partnership as being “the latest development in decades of collaboration between our organizations. Combining the expertise in neonatal clinical care and air medical transport means providing the most rapid, high quality care for those in greatest need. We are proud to work together to provide better outcomes for our pediatric patients in Western Washington and beyond.”

“We are honored to expand our partnership with Airlift Northwest, which is similarly focused on ensuring kids in our communities get the health care services they need,” said Laureen Driscoll, RN, president of Tacoma General Hospital.

MultiCare recently signed a Preferred Provider Agreement with Airlift Northwest to ensure that patients who need care at a MultiCare hospital had appropriate transportation. This is one example of how UW Medicine and MultiCare Health System are working together as part of an alliance announced in 2017 to expand access to high-quality health care and allow the two organizations to engage in joint activities to further the mission of each organization. The two health systems also worked together to create clinically integrated network called Embright.

[Editor's note: The original item incorrectly stated that the Mary Bridge Pediatric Transport team the only hospital-based, pediatric transport team in the state to offer ground and air transport. Seattle Children's also has this capability.]