In a therapeutic study, outcomes of 35 patients compared favorably with historical data of those treated with standard chemo and radiation therapy. 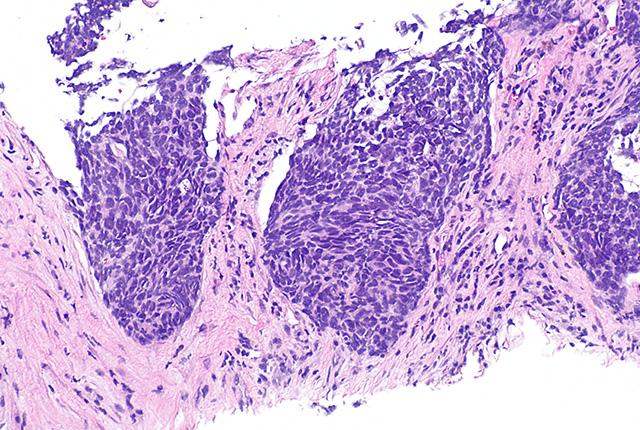 A drug long used to treat HIV, when paired with chemotherapy and radiotherapy, appears to enhance survival for patients with inoperable non-small cell lung cancer, according to findings published Aug. 22 in JAMA Oncology.

Standard care for stage III non-small cell lung cancer is radiotherapy and concurrent chemotherapy. Even so, approximately 50% of patients experience tumor recurrence within the radiotherapy field. Reducing such “local” recurrences has been shown to enhance survival of these patients, and radiation oncologists are focused on improving radiotherapy’s tumor control.

Radiotherapy damages the DNA within tumor cells, rendering them unable to replicate. But all cells, including cancer cells, have great capacity to repair DNA damage because DNA is so important to cells’ survival, Rengan said.

Nelfinavir, a protease inhibitor, was first used in 1997 to treat HIV patients. More recently, though, nelfinavir has been shown to shut down the DNA repair mechanisms within tumor cells. That effect led Rengan and colleagues to examine whether Nelfinavir might make cancer cells more vulnerable to radiotherapy, resulting in better patient outcomes.

Because the drug had not been tested concurrently with chemo and radiotherapy in this disease setting, phase 1 of the trial set out to establish its toxicity among the 12 patients (ages 18-89). The drug was well tolerated and no dose-limiting toxic effects were observed. The trial’s subsequent phase 2 objective was to determine nelfinavir’s clinical efficacy when used in combination with chemo and radiotherapy in 35 patients with stage III non-small cell lung cancer.

“The benchmark median survival rate for patients with stage III lung disease is about 28 months. The median survival that we saw was 41 months, and about 35% of patients were still alive at 120 months – 10 years out from treatment – long-term survival.”

It is a promising finding, he said, but he cautioned that the study was single-arm; there were no control-group patients who received a placebo pill.

“This is an intervention that appears to improve the local control of lung cancer after radiotherapy, which seems to have driven an improvement in overall clinical outcome for these patients,” Rengan said. “Compared with historical data of patients with this disease who received chemotherapy and radiation, our outcomes were favorable. We are certainly interested to pursue a randomized trial.”