The United States is seeing an epidemic of diabetes, says endocrinologist Irl Hirsch. About 14% of the population now has the condition. 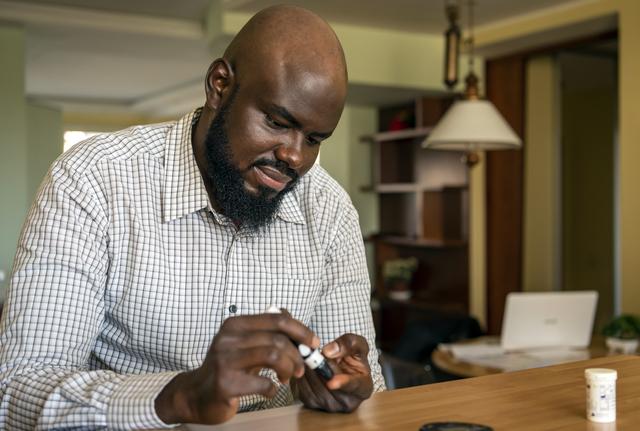 A U.S. Preventative Services Task Force recommended recently that obese and overweight Americans should be screened for diabetes beginning at 35, instead of 40. But doctors are seeing a troubling rise in cases among a much younger generation as well. In fact, UW Medicine endocrinologist Dr. Irl Hirsch wouldn’t be surprised if the USPSTF pushes the screening age even lower at some point – to teens or middle-school aged children.

“I have colleagues around the country who think the (USPSTF) could have even been stricter given all of the diabetes we're seeing in young adults and even adolescents,” said Hirsch, who is with the UW Medicine Diabetes Institute. “This is especially true in terms of ethnic minorities, sedentary people, and people with family histories of Type 2 diabetes," he said.

“They feel that we should be screening them all the way down into adolescence, into the high schools and even into the middle schools, because there's a lot of diabetes there now that wasn't there 30 years ago,” he added.

The United States is seeing an epidemic, Hirsch said, adding that about 14% of the population now has diabetes and a third of the population has prediabetes, indicating a much higher risk of developing the full-blown disease.

The COVID-19 pandemic took many Americans out of their exercise routines – the lack of which is routinely cited as a predictor of diabetes, along with dietary choices that increase the girth, year by year, of the average American.

“I pay attention [to] how big our population has grown over the years,” Hirsch said, adding that this is especially striking when he travels to Europe or Asia.

Diabetes is the No. 1 cause of end-stage renal disease, lower extremity amputation and blindness, Hirsch noted. If diabetes can be caught and diagnosed earlier in life, “we can treat people earlier and we will be doing a huge benefit of reducing the frequency of these complications.”

Catching prediabetes, usually through an A1C and blood sugar test, is an effective way of stopping the progression to full blown diabetes through exercise and diet.

Although the recommendations focused on catching prediabetes or Type 2 diabetes, Hirsch noted that doctors at the institute have been seeing more adults who think they have Type 2 when in fact they have Type 1 diabetes, which is usually associated with childhood cases. The oldest such case was a 91-year-old man.

UW Medicine and the Institute are participating in an NIH study examining whether there is a genetic link between these more atypical forms of diabetes.

“We know there are genetic mutations that can cause diabetes, and the study is attempting to define these less common forms of diabetes,” he said.

Some studies do support the idea that some viruses set the stage for autoimmune conditions, which may trigger diabetes, but no studies have been conclusive if the COVID-19 virus does so. It has been shown that those with diabetes have a much poorer outcome if they contract COVID-19.  Hirsch has been encouraging all his patients to get vaccinated, with mixed success in convincing them.

“With some patients it’s clear that politics and disinformation is more important than anything I have to say,” said Hirsch at the end of a clinic day that included four unvaccinated patients. “But I will still encourage all my patients to get vaccinated.”