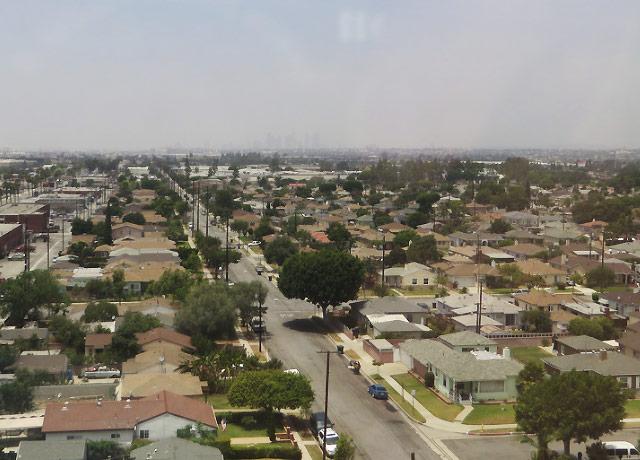 Flickr | Ken Lund
From Commerce, California, the hazy, distant view of Los Angeles, one of the MESA Air study sites.

The University of Washington's Department of Environmental & Occupational Health Sciences (DEOHS) has received a nearly $3 million grant from the U.S. Environmental Protection Agency to continue exploring the connection between air pollution and the world’s No. 1 killer: heart disease.

The MESA Air Next project (Multi-Ethnic Study of Atherosclerosis and Air Pollution) builds on more than a decade of research into the link between inhaled small particle pollution and increased risk of stroke, heart attacks and other cardiovascular disease.

“The research to date has been unusually productive, and this award recognizes that with an investment toward this additional work,” said lead investigator Joel Kaufman, interim dean of the University of Washington School of Public Health and a DEOHS professor.

The study previously found that people living in areas with more outdoor pollution—even at levels below U.S. regulatory standards—accumulate deposits in the arteries that supply the heart faster than people living in less polluted areas.

MESA Air is the largest study of its kind, examining thousands of Americans over a span of years to measure how exposure to air pollution contributes to the development of heart disease.