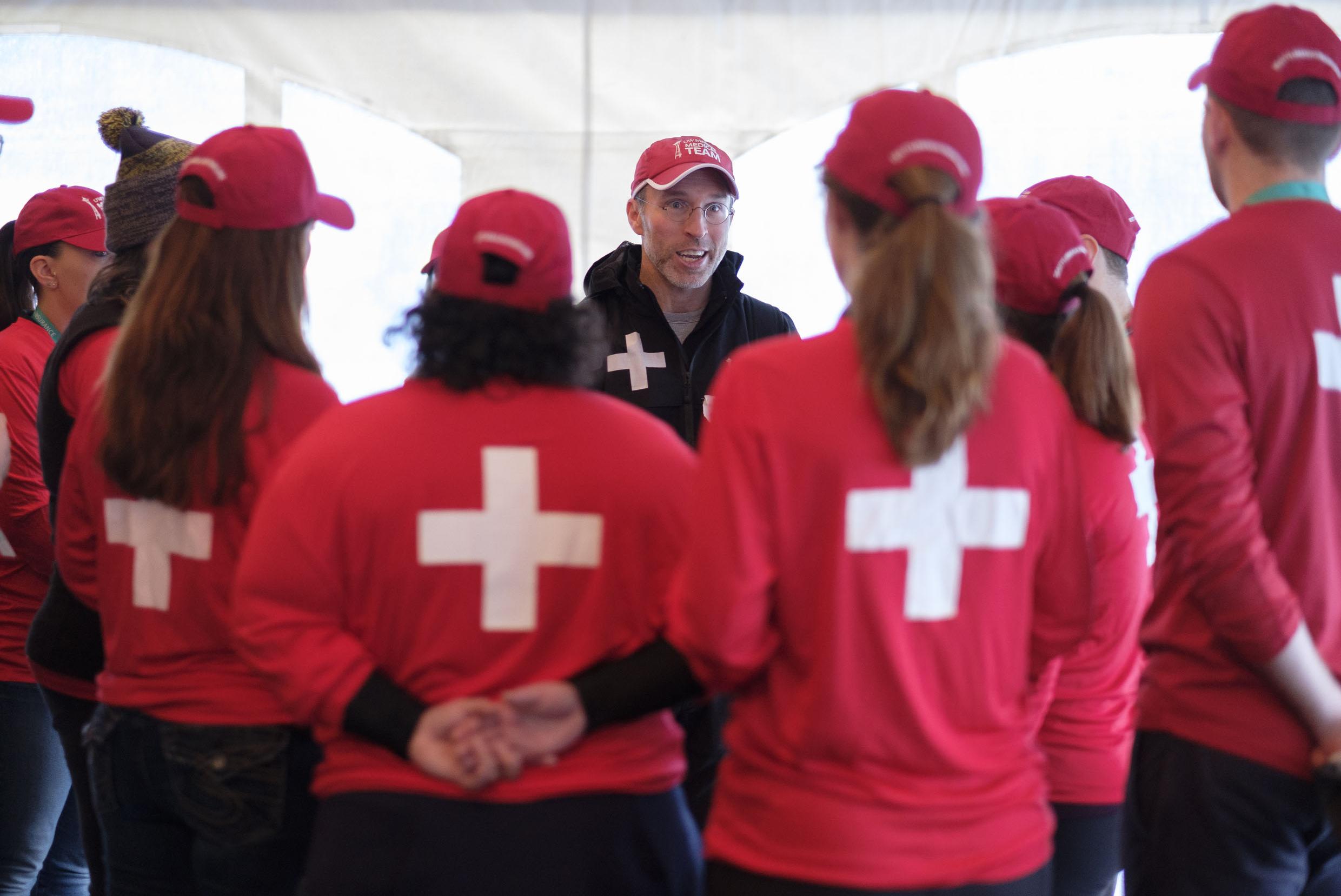 The Seattle Marathon began 52 years ago as a lighthearted competition among a few dozen friends. By the time Dr. Mark Harrast was named medical director in 2007, the race had grown to thousands of participants. Organizers realized they needed a robust medical team to care for runners.

Harrast brought about 30 volunteers with him that first year. Turned out they were needed when a runner collapsed from cardiac arrest just 10 yards from the finish line. Harrast and his team resuscitated the runner and sent him to Harborview Medical Center. A year later the man returned to hold the finish-line tape.

“It was an interesting way to get started,” Harrast said. “It was trial by fire, and we passed the trial.”

On Nov. 27, the UW Medicine team will number more than 100 to meet the needs of about 5,000 anticipated runners, including wheelchair athletes. Starting at Husky Stadium, marathoners will pass five medical stations along the 26.2-mile course and will have access to two more medical stations in the staging area.

As Harrast prepares for his 15th year as medical director, the program is on par with race accommodations in New York or Boston at some of the world’s most watched running events.

Organizers “were realizing more and more that there are medical issues that could happen to runners, especially these larger mass-participation events when you get 5,000, 10,000 or 15,000 runners exercising all at one time,” Harrast said. “This is an all-comers event for the community, so it's not just a bunch of professional athletes that are highly trained.”

Harrast is medical director of the UW Medicine Sports Medicine Center at Husky Stadium and a clinical professor of rehabilitation medicine and of orthopedics and sports medicine He's also an ultramarathoner. His team of volunteers includes doctors, nurses, EMTs and others. They treat racers’ myriad problems, from minor issues like dehydration and orthopedic injuries, to life-threatening events like heat stroke. They've treated only one heart attack in all this time.

In addition to the health personnel at medical stations throughout the route, others float along the course in golf carts and on bikes to respond to runners or others in distress.

The first job is to keep people alive, Harrast said.

“But we're also there to help people have fun," he added. "It's a community event. Most of the things that happen are musculoskeletal aches and pains or blisters or skin issues or abrasions because they fall or they sprained their ankle, things like that. So we can check that out on the course and help them decide, is it reasonable to keep going and get them back out there?”

As with Harrast, many other volunteers come back year after year.

“We get volunteers from all over UW Medicine from UWMC Montlake, UWMC Northwest, Harborview Medical Center, Valley Medical Center, Airlift Northwest, and the schools,” Harrast said. “And everyone comes together. There’s camaraderie, and they get to do something for the community, which is truly gratifying.”  UW Medicine is the official medical coverage sponsor for the event.