Mental health care going through seismic shift in our state

Mental health care going through seismic shift in our state 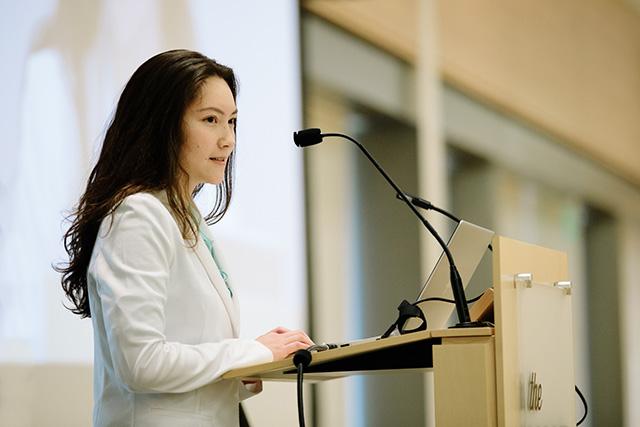 Melissa Fenno
Teen activist Seika Brown spoke at the Mental Health Summit on dire need for reducing suicides. She was 8 when her brother survived an attempted suicide; and is happy that her brother is alive and well.

If you get cancer, you are likely to be sent to a state-of-the art hospital. But if you have a mental health crisis in Washington state, you could end up in a deteriorating hospital built in the late 1800s.

Now a seismic shift is taking place in how mental health is being handled. The Washington State Legislature is setting aside roughly $280 million for mental health programs for the next two years, and a growing group of stakeholders are helping to set the priorities.

“It is much more powerful to leverage an entire community toward a goal, rather than entrusting a select few to bring widespread change,” said Todd Crooks. He co-founded Chad’s Legacy Project in memory of his son. Diagnosed with a schizophrenic illness, Chad died by suicide at age 21. Todd and Laura Crooks are the driving force for the summit, which started two years ago with 100 invited participants.

Here’s a look into where the momentum is moving:

Mental health and the law: One in two Americans with a serious mental health illness will be arrested in their lifetime, said Jennifer Piel, associate professor of psychiatry and behavioral sciences at the University of Washington School of Medicine.

Perinatal mental health: Jürgen Unützer,  professor and chair of psychiatry and behavioral sciences at the UW School of Medicine, said that if he a dollar for mental health he would spend it on pregnant moms because babies born to distressed mothers are at five times greater risk for mental health issues. More than 400 providers have been trained in preventing, identifying, screen and treating mental health conditions among new moms. Several counties now have representatives to reach out to certain populations, including teens and parents in recovery.

Youth mental health: Nearly 100 Washington youth die by suicide every year. In that age group, rates of depression and suicidal behaviors have increased 35 percent in the past decade, said presenters.

Mental health workforce expansion: In 2018, Mental Health America reported that 56 percent of adults in the state with a mental health diagnosis did not receive treatment of any kind. Of the adults who were actively seeking treatment, 24 percent reported being unable to obtain it.