Her younger sister’s attitude toward cancer in 2012 became an inspiration for a resident pediatrician’s work with teenage patients. 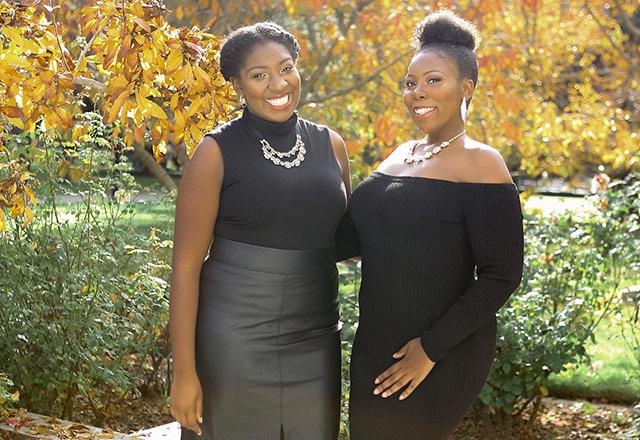 Courtesy of Rebekah Fenton
Rebekah Fenton, left, was impressed at the self-advocacy of her sister, Elisabeth Lucien, during her bout with Hodgkin’s lymphoma.

In 2012, Rebekah Fenton gave a lifesaving gift of bone marrow to her younger sister, Elisabeth, who was battling a recurrence of Hodgkin’s lymphoma. On Nov. 9, the sixth anniversary of the transplant, they celebrated “Sister Act Day” with an exchange of loving texts.

Now a resident physician at the University of Washington School of Medicine, Fenton described Elisabeth’s bout with cancer in an essay published by KevinMD, a physicians’ blog. In one passage, she described how her teenage sister’s resolve and influence with oncologists were eye-opening.

“Elisabeth was determined to live a semi-normal life. Her doctors were often unsure of how to address her demands. She requested to be driven straight from chemotherapy to school basketball games, hiding her nausea and fatigue. She also convinced her doctors to let her attend the homecoming dance. She wore a strapless dress, unafraid to cover the port used for chemotherapy infusions and her favorite wig. Her picture from that night is the model of resilience through trying circumstances.”

That notion of patient self-advocacy is one that Fenton holds dear as she works with adolescent inpatients at Seattle Children’s.

“I think teenagers look to doctors as authorities similar to parents; they infer that whatever the doctor says is what they have to do.  But we know that mindset doesn’t motivate them to adhere to a care plan. So I am clear with young patients that they should speak up if parts of the care plan might present challenges. My goal is to have patients feel like equal partners in their care.”

It’s easy for physicians to overlook that teens are as consumed with life and competing priorities as any adult patient, she said.

“No matter how much wisdom we’re trying to impart, we also must acknowledge that they are old enough to make independent decisions. It’s a way to make them part of the team.”

In her essay, Fenton related one such example in which she counseled a teen to share a concern with his oncologist. I won’t give away the outcome – it’s worth reading.