Learning to thrive after a spinal cord injury

Learning to thrive after a spinal cord injury

UW Medicie is recruiting people with these injuries for a peer-led program of support and guidance. 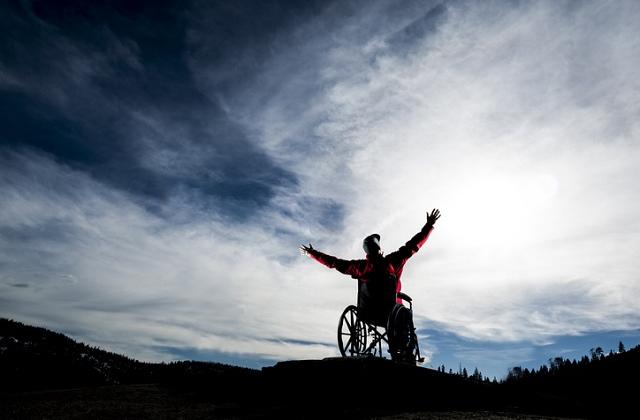 Getty Images
SCI Thrive is being tested in a randomized control trial led by Dr. Jeanne Hoffman, head of the UW Medicine Division of Rehabilitation Psychology and Neuropsychology.

Before his bike accident, Lan Remme had little personal experience with psychologists.  But when the former probation counselor had a spinal cord injury and could not fully use his hands and arms, he needed help finding his way.

He needed to find a new world.

Remme said his rehabilitation psychologist Lauren Schwartz at the UW Medicine Rehabilitation Clinic taught him new skills and helped him understand that just because something changes doesn’t mean it has to be negative. With the help of Schwartz, he traveled farther than Canada for the first time in his life. He went to London and Paris for three weeks with this wife.

Remme is now part of a program called SCI Thrive to help others with spinal cord injuries navigate changes in their own lives. Remme and other peers lead an evidence-based program online, which, with the help of experts at UW Medicine, offers support and guidance for life after a spinal cord injury.

SCI Thrive is being tested in a randomized control trial led by Dr. Jeanne Hoffman, head of the Division of Rehabilitation Psychology and Neuropsychology. The three-year trial ending in 2022 is funded by the Craig H Neilsen Foundation, whose founder was left paralyzed after a collision with a semi-truck.

The program is trying to fill an unmet need by providing access to experts.

Hoffman said SCI Thrive can help those who need to learn new skills, be reminded of self-management strategies, and get support of their peers.

Other peer leaders in SCI Thrive include Shannon Tyman, a graduate student in the UW College of Built Environments, who will be one of the first cohorts in disability studies, and Garreth Schuh, a former architect who now paints.

After Tyman’s bike accident was six years ago, she had to move on from a relationship and start a new chapter in her life. Schuh’s accident was 30 years ago when he was a young architect and felt he could handle things on his own.

They and the other peer mentors have been through every emotion and challenge and have helped almost 120 people who have spinal cord injuries, including an individual in Nepal.

Tyman said she went through some tough years, but does not think life got worse, just different. Schuh got married and had a child after his accident. He said the tools he received for dealing with hopelessness are invaluable.

To be considered for the randomized control trial, contact the team at 206.616.2183 or email thrive@uw.edu.