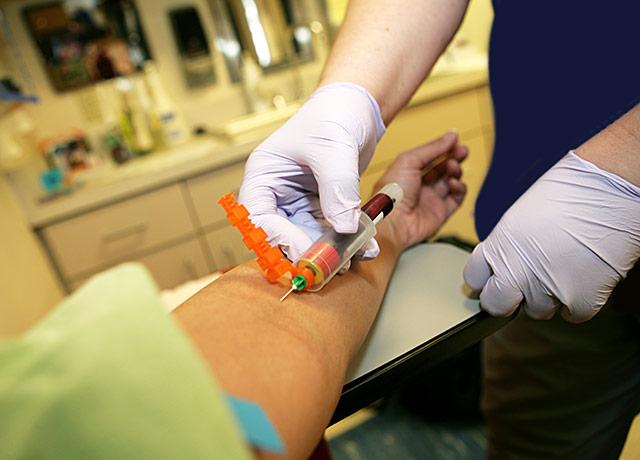 He and Jeffrey Duchin, health officer for Public Health—Seattle & King County, have co-led the effort since 2014, when the U.S. Centers for Disease Control and Prevention funded it and two other U.S. sites to develop programs to combat hepatitis C.

Motivating the grant was the FDA’s approval in 2013 of medications that eradicate the virus from 95 percent of hep C patients.

The CDC wanted to target people born between 1945 and 1965, who came of age during an era of widespread intravenous drug experimentation and before the U.S. blood supply received additional safeguards. Baby boomers represent America’s biggest subgroup of people with hepatitis C.

The main obstacle to success, Scott said, was awareness. In 2013, only about 5 percent of people with hepatitis C were being treated and cured, largely because the majority of infected persons are unaware of their infection. The disease can appear asymptomatic for decades, even as it causes low-grade inflammation that scars the liver, ultimately causing conditions that can be fatal.

Scott led outreach to a network of healthcare systems across King County, creating education mechanisms for clinicians to improve screening and, for people who test positive, follow-through to the next stage of care.

“We used electronic medical records to flag patients of baby boomer age, so a primary care physician who’s looking at a patient’s record would see a red box requesting that a hepatitis screening be scheduled. We had clinic staff look at a patients’ birth year at check-in, and boomers would get a small card with hepatitis C information to prompt a conversation with their doctor,” he said.

Scott and Duchin are now working with the Department of Health to translate the lessons of this pilot into a hepatitis C action plan for Washington state.

“We have a workforce that has been equipped to better care for these patients. It’s a rare opportunity to push a disease to the margins,” Scott said.

The other two sites in the CDC grant are the University of Chicago and the state of Maryland, in concert with Johns Hopkins University.