Insulin costs cause many diabetes patients to skimp

Insulin costs cause many diabetes patients to skimp

25 percent of survey respondents reduced their prescribed doses because of cost, a study found. 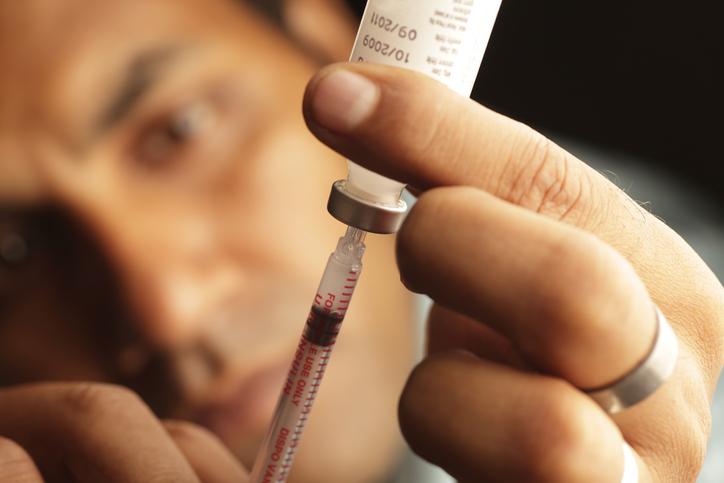 Getty Images
Many patients who cut back on insulin doses did not inform their doctors.

The cost of insulin the United States has motivated one in four diabetes patients to skimp on insulin dosages to stretch the drug's longevity and accommodate their budgets, according to a study published in JAMA Internal Medicine. Many of these patients don’t discuss this practice with their doctors, the report adds.

Lorena Wright, a UW Medicine endocrinologist commenting on the Yale University study, says she sees these behaviors in her own practice. She tries to help the patients keep within the recommended dosage and still maintain their monthly budgets.

“It’s important that doctors bring this up and talk to their patients about trying perhaps more affordable insulin,” Wright said. “A patient with type 1 diabetes can die within a day if they don’t take their insulin.”

The study surveyed about 200 patients of various ages and socioeconomic groups who had been prescribed insulin in 2017 in New Haven, Connecticut. Researchers found that more than 25 percent used less insulin than had been prescribed by their provider. Over the last decade, the report noted, the price of insulin has tripled and out-of-pocket costs per prescription have doubled.

Although the sample size is small, Wright said it parallels her clinical experience and what she's heard from other providers.

“Some of the patients might use as little as possible to function,” she said. “But the side effects of this result in complications, from affecting their eyes to their kidneys.”

National attention was drawn to this practice this year when a young Minneapolis man reduced his insulin dosage to save money after he turned 26 and aged out of his parents’ health insurance. He died from lack of insulin, an autopsy showed.

Aside from the drug, there are strips, pumps and monitors which also can be expensive, she noted.

“I worry that providers who don’t work in diabetes as a specialty might not be fully aware of this issue, and may not bring it up,” she said. “It’s important to talk to patients about this and talk about strategy, such as switching them to a more affordable insulin, or connect them with programs that might provide charity care.”

Downloadable soundbites of Wright are available for web or broadcast journalists. For additional details or to interview Wright, please contact Barbara Clements: bac60@uw.edu or 206.221.6706.

Airlift Northwest opens new Pasco, Wash., base
Phthalates linked to changes in gene activity in placenta
Unraveling the mystery of why we overeat
NIH awards $10 million to study concussions in schoolkids
Men should check their genes for prostate cancer risk
END_OF_DOCUMENT_TOKEN_TO_BE_REPLACED