Much is unknown, but patients benefit from some medications and from keeping a high activity level. Actor Alan Alda disclosed his case recently. 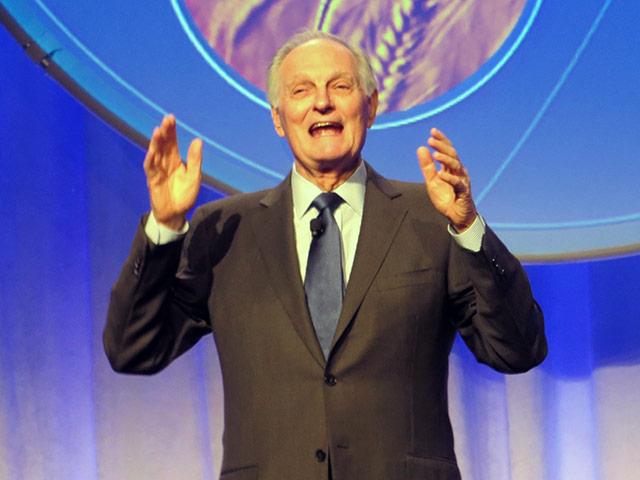 Parkinson's disease is a neurodegenerative condition with no known cause or cure and is newly diagnosed in 60,000 Americans every year.

It’s a progressive disease, which in some can lead to loss of mobility and the need for nursing care. But actor Alan Alda, who played a lovable Army surgeon on the TV show M.A.S.H. (1972-1983), has put a new face on the illness. In going public with his diagnosis yesterday, Alda said Parkinson's disease does not have to transform your quality of life. He has stayed active, playing tennis, boxing and marching, he said.

We asked Dr. Bruce Ransom, a UW Medicine neurologist who specializes in movement disorders, how patients respond to a diagnosis of Parkinson's. (Listen to his soundbites here.)

Most, he said, are somewhat terrified, thinking they may face suffering or a shortened life. It’s his job to assure them that is not the case.

“Statistically, patients with Parkinson's tend to live very close to the length of time as everyone else with no disease,” he said.  He emphasizes to patients that, early in the diagnosis, medications and activity can help patients maintain a life that feels close to normal.

“We have modest amounts of information to suggest that people who remain active, who remain healthy and fit, do much better with this illness then patients who tend to be more reclusive, don’t exercise, and for whatever reason fail to attend to other aspects of their health,” he said.

Activities such as boxing, tennis and marching are great for patients, he said, because such activities act to offset some of the disease's neurological effects, such as slowness of movement and loss of postural balance.

He said deep-brain stimulation may be beneficial for some patients with advanced Parkinson's.  Patients who initially respond well to medication, but who subsequently develop dosage-limiting side-effects, are potential candidates for this therapy.

“Right now, the recommendation for deep-brain stimulation is that it’s a late-stage therapy,” he said. “It’s for patients who are no longer responding to the medication or who are having tremendous side effects with the medication.”

Ransom said it’s only been in the last 35 years or so that researchers have had good animal models of this illness to study how the disease might progress.

“Parkinson disease has not yielded its secrets yet,” he said. “And what many of us in the field of neurology worry about is that this is an illness that may begin decades before there is any obvious symptoms.”

He said researchers need to have a way to identify Parkinson's disease long before clinical symptoms emerge.  “We need an identifying biomarker or test so that the disease can be discovered at a pre-symptomatic stage.  Only by intervening at this early stage will we be able to prevent the disease from progressing,” he said.