The scientists will be honored at the American Association for the Advancement of Science national meeting February in Seattle. 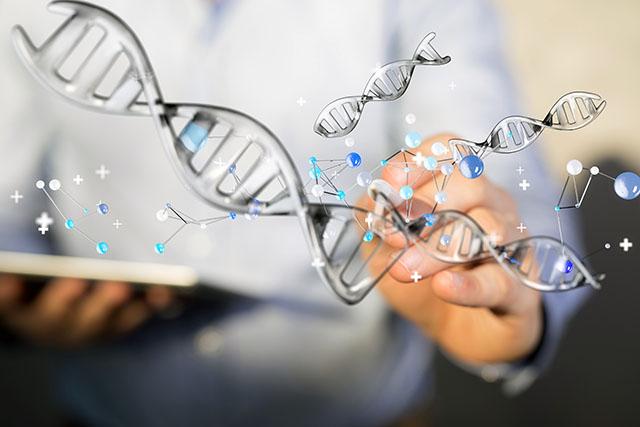 Getty Images
Each year the AAAS honors leaders who have advanced science or its applications.

Three researchers from UW Medicine, and one from the Fred Hutchinson Cancer Research Institute, are among the newly named 2019 Fellows of the American Association for the Advancement of Science.  They join three other scientists from the University of Washington who were also elected this year. A total of 443 new fellows were selected for 2019, according to the AAAS Nov. 26 announcement.

They were chosen by their peers for “scientifically or socially distinguished efforts to advance science or its applications.”

The new AAAS fellows will be honored at the annual national AAAS meeting, which this year will be held in Seattle in February.

From UW Medicine and Fred Hutch are:

Simon Hay, who is a professor of health metrics sciences at the UW School of Medicine and director of the Local Burden of Disease group at the Institute for Health Metrics and Evaluation. He was selected for his research resolving infectious diseases in space and time to expose inequalities in health metrics and improve intervention strategies. He leads an international collaboration of researchers from a variety of academic disciplines to create better maps of infectious disease. He has published more than 400 peer-reviewed articles. His other contributions include two major, in-depth research papers published independently. His works are cited more than 18,000 times each year, and more than 82,000 lifetime citations. With the support of the Bill & Melinda Gates Foundation, Hay has embarked on a project to expand this research to a wider range of diseases to ultimately harmonize this mapping with the Global Burden of Disease Study, IHME’s signature project.

Michael Lagunoff, a professor of microbiology at the UW School of Medicine, studies Kaposi’s Sarcoma Herpesvirus, a virus that alters the cells lining blood and lymphatic vessels. Those changes can cause Kaposi’s Sarcoma, a form of cancer that commonly affects AIDS patients worldwide and people in parts of central Africa. Lagunoff’s lab has studied how the Kaposi’s Sarcoma Herpesvirus interferes with endothelial cell signaling, gene expression and metabolism to promote the formation of tumors containing numerous blood vessels. His lab used RNA-sequencing, metabolomics, proteomics and other techniques to determine global changes in host-cell gene expression and signaling. This information has helped to identify key cellular pathways induced by the virus. His team is studying how the virus alters the host cell metabolism to mimic cancer cell metabolism, and is searching for novel therapeutic targets for Kaposi’s Sarcoma.

Raymond Monnat, Jr., a professor of pathology and genome sciences at the UW School of Medicine and an investigator at the Institute for Stem Cell and Regenerative Medicine, studies DNA damage and repair mechanisms, genome instability, and its role in cancer and other conditions. He is noted for his work on Werner, Bloom and Rothman-Thomson syndromes. These inherited disorders cause distinctive physical characteristics, such as premature aging in Werner’s, and predispose to cancer. Monnat’s team explores how the loss of key proteins important to DNA metabolism may underlie these rare syndromes. Aberrant expression of those proteins may be common in some adult cancers and affect response to chemotherapy. Monnat and his group use certain genome engineering techniques to try to correct disease-causing mutations in patient-derived stem cells. His lab has also identified “safe-harbor sites” in the human genome where new genetic elements might be inserted without disrupting the expression of nearby genes.

In addition, Harmit Malik, an investigator at the Fred Hutchinson Cancer Research Center and an affiliate professor of genome sciences at the UW School of Medicine, was selected for his research on genetic conflict.

Named from other parts of the UW were:

Karl Banse, professor emeritus  in the School of Oceanography

Julia Parrish, professor in the School of Aquatic and Fishery Sciences and the Department of Biology