Does your heart skip a beat? Do you know?

Does your heart skip a beat? Do you know? 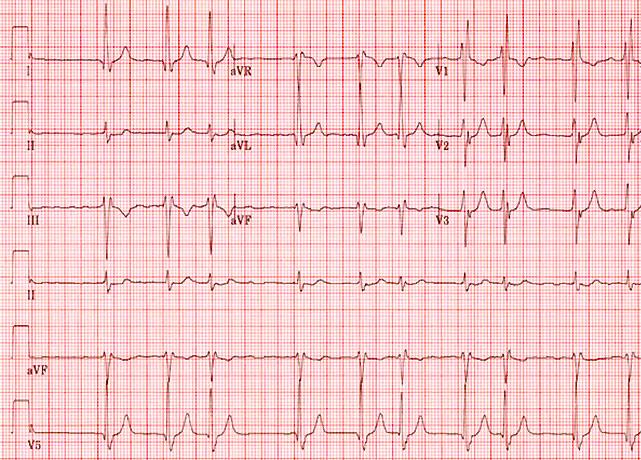 You’d think you’d know if your heart were quivering instead beating normally, but many people who have atrial fibrillation – a serious form of irregular heartbeat or palpitations – don’t feel symptoms. And that stealth is scary, because whether you feel the condition or don’t, your risk for stroke is higher than that of the general population.

“The atria are the receiving chambers of the heart, and atrial fibrillation means that they’re not contracting in a normal fashion,” explains Dr. David Linker. “They are struggling to pump and, as a result, blood has a tendency to stagnate and clot, which creates stroke risk. Episodes can be a few seconds or the condition can be continuous, so there are a great variety of patient experiences.”

Linker, a UW Medicine cardiologist, says that diagnosing atrial fibrillation, or “a-fib,” is pretty straightforward.  A confirmed diagnosis typically leads to a prescription of anticoagulants to reduce clotting risk.

The dilemma is how to identify people whose risk is such that they should be tested – because testing everyone is, of course, cost-prohibitive.

As an aside, the Centers for Disease Control and Prevention estimates that a-fib affects upward of 6 million people in the United States, with the condition undetected in many. A-fib prevalence is expected to rise as America ages.

Linker developed and last month published a risk-model that he describes as a five-minute questionnaire. The idea, he says, would be for primary-care providers to screen every adult patient at some point. Patients whose risk is higher, based on the questionnaire, would be referred for rhythm monitoring as an outpatient to see if they have a-fib.

Looking across existing research, Linker estimates that, among people who suffer a stroke, 12 to 14 percent are first diagnosed with a-fib at the time of stroke or later. Had a-fib been recognized earlier in this population, it’s reasonable to suggest that blood thinners or other care would have prevented some of those strokes.

This content may be reproduced in part or whole. To interview David Linker, contact Brian Donohue at UW Medicine: 206.543.7856; bdonohue@uw.edu

[This post has been updated to remove an incorrect reference to the class of drugs known as statins.]