In a Q&A, a UW Medicine bioethicist discusses equitable distribution and reasons to be hopeful, despite the hoarding by wealthy nations so far. 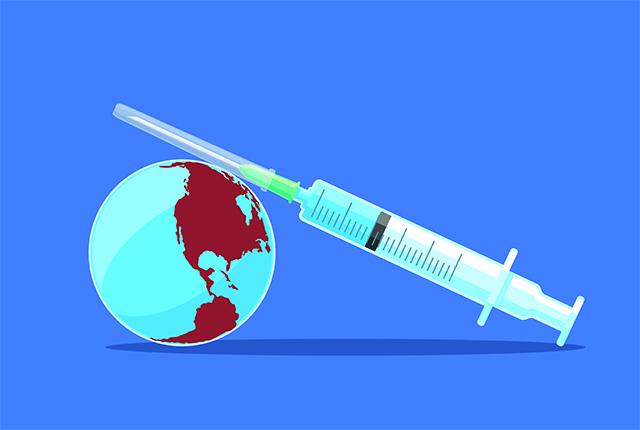 In February, three bioethicists with the University of Washington School of Medicine published a model framework for global distribution of COVID-19 vaccines. Their paper, published in the Journal of Medical Ethics, analyzed the ethical arguments for and against criteria that determine which populations are prioritized for vaccination.

The lead author was Nancy Jecker, a UW professor of bioethics and humanities. She sat for a Q&A, which has been lightly edited and condensed.

Q. Does your suggested framework assume a best-case scenario, or utopian ideal, for global vaccine distribution? Is it really attainable?

A. No, this is not utopian. It is an ethical framework in the sense that this is what we think we ought to do. We think this framework should be used by global distributors like COVAX.

A. U.S. domestic allocation began in December 2020, but global allocation of vaccines through COVAX didn’t begin until February.  I don't think the debate ends the moment that vaccine distribution commences; I think it's an ongoing conversation at both domestic and global levels. In the U.S., the change of national leadership is resulting in changes for the pandemic. In Washington state teachers and childcare workers just got bumped up on the priority list.

The latest communication I've seen from Duke University's tracker suggests it will be 2023 or 2024 before all the nations in the world have access to COVID-19 vaccines. So I think our framework is actionable; how it is translated may look different in different settings – for instance, in identifying who’s a frontline and essential worker.  Wealthy nations would identify pulmonologists as “frontline,” but Zimbabwe and Sudan don't have many pulmonologists. So their frontline recipients will look different.

Q. Could you characterize your framework's priority populations?

A. There are three. The first group is frontline and essential workers. Frontline workers are a fairly narrow group: people whose work puts them in proximity of patients with COVID-19. Essential workers will vary from one nation to the next; in some nations it will mean military personnel, pharmacists, and general healthcare workers.

The second group is people at high risk of severe disease or death. That would include people with underlying conditions, for instance elevated body-mass index, diabetes, cardiovascular disease, cancer. It would also include people age 65 and over and members of racial and ethnic minorities who have a higher risk of severe disease and death due to social determinants. In the U.S., those are Black Americans and Latinx populations, but elsewhere those groups will differ.

The third group is people at high risk of infection. That includes people who live or work in congregate populations like prisons, and people who live in nations with poor sanitation, and who lack access to soap and water in their homes or schools.

Q. Did you and your co-authors have easy consensus in terms of identifying people for the “essential worker” category of vaccines? I ask because so many groups have angled for that label.

A. Most global allocation frameworks do assign priority to frontline and healthcare workers, and there was consensus among the authors. It’s interesting to me that a lot of healthcare providers I talked to, including my co-authors, expressed unease with putting themselves at the front of the queue. I think this stems from the conflict of interest: It’s one thing for a philosopher like me to say, “Frontline healthcare providers should be first in line” and it's another thing for a healthcare worker to say, “Me and my colleagues first.”

I also think the idea of what makes a worker “essential” has gotten caught up with the idea of the dignity of work—that if you’re deemed “essential,” your work has value.  It has just gotten really messy. Once you get the camel's nose inside the tent, everyone is trying to put their own group at the front of the line. But the consideration of who is essential should be very narrow, I think.

Q. Would you comment on the report that 10 nations account for three-quarters of the vaccines given through February?

A. I don't think it's anything other than hoarding. But good news is on the horizon, because the U.S. has joined COVAX and is contributing to that. I think the U.S. is moving in a better direction now.

Q. What, if anything, do you find satisfying about the COVID-19 vaccine distribution effort so far?  And what do you find most troubling?

A. My biggest misgiving is really the failure of all nations of the world to come together and realize the global dimensions of the problem. In the United States, for example, the narrative tends to be that we are in a race to reach herd immunity. And we think this race is being run over and over again for each nation, within national borders.  But the race isn't occurring within the borders of any nation because the virus doesn't stop at the border.

We need to think about it is as a global race, with all the world’s nations on the same team competing against SARS-CoV-2 and its mutant strains. Rich countries like the U.S. can cross the finish line without help, perhaps, so the first priority should be the poorest nations on the team, who are least able. And the next priority should be middle-income nations, because they need assistance too. Wealthier nations still need to vaccinate their populations and cross the finish line, but they can do so while they’re extending a hand to people in low- and middle-income countries.

If we don't change the narrative, the virus will just continue to replicate and mutate and spread in these unprotected regions. That’s bad news for all of us, because all it takes is for one person to get on a plane.

In terms of positive, I have traveled a lot and found that as soon as I leave the United States, there’s a lot more collectivist thinking and less individualistic thinking. That makes me hopeful. Places like sub-Saharan Africa and the Far East tend to place far greater emphasis on the group – which is understood differently than it is here: The group is fundamental, it's a given, and the individual is a part of a larger whole. That way of thinking helps us to realize our shared fate and to meet the challenges that were going to face in this century.

Q. I see two basic challenges to your global distribution model: logistical and behavioral. A logistical example might be supplying remote places with freezers needed for the first two vaccines; behavioral would be the selfish natures of wealthy nations. Which do you think is the greater obstacle?

A. I think the logistical challenge of distributing vaccine on a global scale has not been truly appreciated. Think about trying to get vaccines to lower-and middle-income countries in sub-Saharan Africa or Latin America. It’s a nightmare, but we have to work at it because this is not going to be the last infectious disease the world faces.

Also, many poorer countries don’t collect data about disease volumes or know how many of their citizens are over age 65. This is information required to implement our framework. The same goes for lack of healthcare infrastructures that would govern and monitor how COVID vaccine is distributed. The logistical problems will not go away, but we need to get to work to be better prepared for the next pandemic.

Behavioral change really requires us to change the narrative – how we think of our relationships with other nations. I would say I'm hopeful because the new administration is leaving us in the right direction.

Q. Do you think wealthy nations’ attitudes will change appreciably? Do health threats need to be unimaginably bad before wealthy and poor nations actually pull together?

A. I am most concerned about the variants. The hard way to learn the lesson is that new variants emerge between now and, say, 2024, when the world is vaccinated but these new variants undercut a nation's population-level immunity and the efficacy of vaccines.

I think Bill Gates put it well when he said, “A disease you've never heard of in a place you've never been can become a public health emergency in your backyard.”  More fundamental than citizenship or national identity is our human identity: We all exist at this biological level that makes us susceptible to viruses and organisms that don't know our citizenship. So if there are people in parts of the world that are unprotected, we all are at risk, and if all you care about is yourself, you should protect everyone.

Q. But people don't tend to think that way. In our lifetime we haven't had a global pandemic of this scale. It seems natural that people, including people who govern nations, would get into self-protection mode.

A. The next century will be different. We are already facing the global effect of climate change, and just as we all share the earth, we also share the whole world of microscopic particles and pathogens with every other human being. Small places and single individuals will become globally significant.