More patients are asking for a 24 pill-based regimen, according to UW Medicine gastroenterologist Dr. Jennifer Ray. 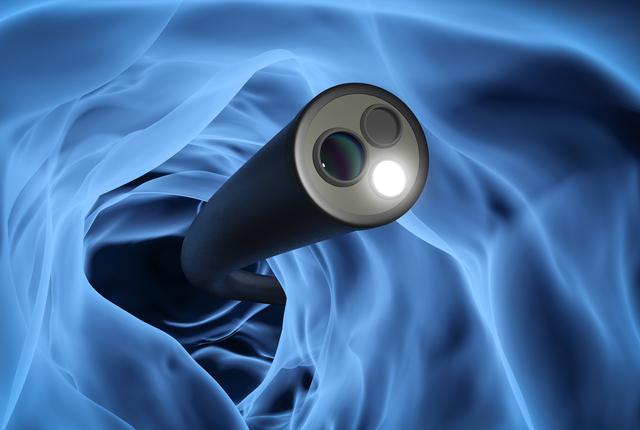 Getty Images
Many people who have had colonoscopies mention their war stories about completing the bowel prep.

Usually it isn’t the colonoscopy itself that has patients dreading their once-a-decade visit to their gastroenterologist. It’s the bowel prep.

That may have just changed due to a new pill regimen that offers an alternative to chugging a gallon of horrible-tasting liquid over 24 hours.

It’s unclear at this point if the pill regimen will bring in more patients for colonoscopies, but that is the hope, she added. The one drawback with this option is that some insurances won’t cover the pills, which can cost up to $120. Slowly, the insurance industry is beginning to catch up, she noted.

“The companies are asking to see more studies comparing Sutab versus a, say, GoLYTELY or a different bowel preps,” she said. “But it's been around the block for a couple of years, so hopefully with time, insurance will start to approve this medication.”

For those who have to brave the liquid option, Ray suggests cooling the prep liquid, mixing it with flavoring (but no red dye), or sipping through a straw. If a patient is prone to nausea and vomiting, doctors can prescribe anti-nausea medications to help.

There are other alternatives to a colonoscopy that might be suitable for some people. Home tests like Cologuard are a DNA test to detect advanced polyps in the colon, Ray said. This is a test a patient has to do every three years. Another option is doing the FIT test, or a fecal immunochemical test, which is an annual test.

The down side on the home tests is that a person has to collect a stool sample. Ray advises not to flip flop between tests but to stick to one.  Also if your stool test is positive, then that means having a colonoscopy to see why.

Signs of colon cancer include significant abdominal pain, blood in the stool, unintentional weight loss, and thinner-caliber stools, she said. If any of these occur, have your doctor check it out. Realize, that due to the COVID-19 pandemic, there is a backlog for screening as well as diagnostic colonoscopies, so make that appointment now.

The recommended age to beginning screening is now 45. However, if you have a family history of colon cancer, or one of the genetic syndromes that predispose you to colon cancer, you might want to schedule your first colonoscopy sooner, Ray said.

“Overall we are finding advanced polyps at earlier ages which is why the guidelines pushed the age down to 45,” she said. “It’s important to get checked out.”

Excluding skin cancers, colorectal cancer is the third-most commonly occurring cancer in the United States, according to the American Cancer Society.