“Disparities for endometrial cancer (mortality) don’t exist in a vacuum,” Dr. Kemi Doll said. “They exist in the entire spectrum of quality of care for black women." 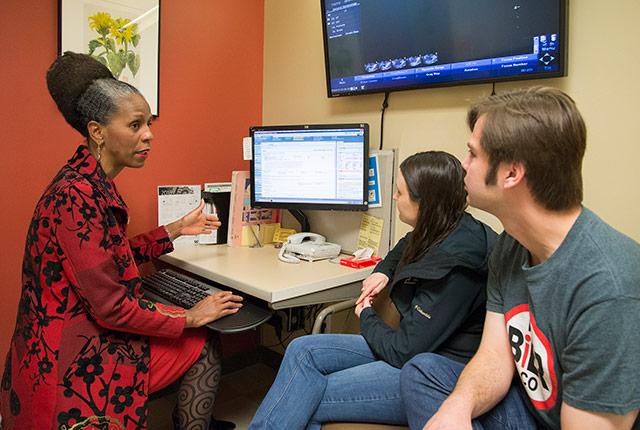 Dr. Kemi Doll, a UW Medicine gynecologic oncologist, has long studied endometrial cancer. It's work that reflects a bigger issue, she says: “Healthcare for black women isn’t really the same as it is for everyone else, especially when it comes to reproductive care.”

For example, a CDC study published this year showed that college-educated black women are five times more likely to die from pregnancy-related complications than their white counterparts – just one of many studies that demonstrate such inequity.

“These disparities for endometrial cancer don’t exist in a vacuum,” she said. “They exist in the entire spectrum of quality of care for black women. The reason for the markedly high mortality rate among black women comes from a lot of things, including delayed diagnosis and the lack of research to understand the perspectives of black women.”

Recent studies support her observation. A 2017 study found that bias directly affected the quality of care that patients receive in emergency rooms. Researchers at the University of Washington School of Medicine were just funded to pursue a study to develop technology that alerts clinicians when their unconscious biases might affect how they're interacting with patients.

Doll thinks other measures can be taken now.

First, doctors need to listen more carefully to women, especially women of color, and not dismiss their opinions or concerns. Medical schools also can offer education on discrimination and racism "as a core component and not an afterthought," she said.

The medical profession also needs more doctors who look like the patient population they treat, she added. This speaks to more aggressive recruitment and retention of under-represented people in the profession. Finally the provision of healthcare must be redesigned so that it works for "all people, no matter who they are, where they live or how much money they have," Doll said.

“We have a lot of work to do in the world of bias and quality of care.  We need more research that’s really grounded in what the community needs. And we need to decide as a medical community that it’s simply unacceptable that a black woman would suffer more from these conditions than other women in the country."