Bioethicist will teach in South Africa as Fulbright Scholar

Bioethicist will teach in South Africa as Fulbright Scholar

Nancy Jecker will encourage the embrace of regional values, not U.S. ideals, in the University of Johannesburg's first bioethics course. 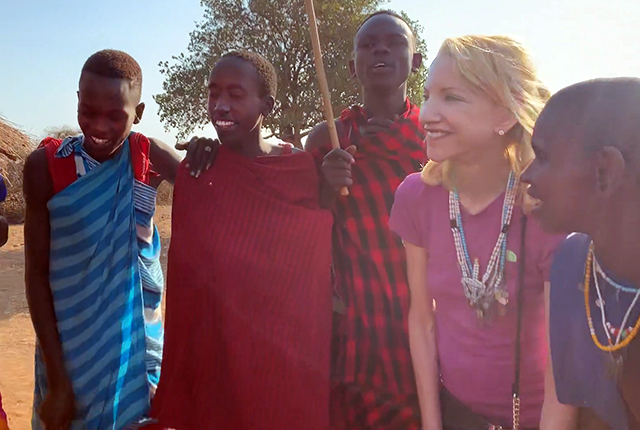 Photo courtesy of Nancy Jecker
Nancy Jecker visited with a Masai tribe in Moshi, Tanzania, in 2019.

Nancy S. Jecker, a professor of Bioethics and Humanities at the University of Washington School of Medicine, has been named a Fulbright U.S. Scholar for the 2021-22 academic year.

Jecker will conduct research and teach in South Africa, hosted by the Department of Philosophy at the University of Johannesburg, where she has been a visiting professor since 2017.

She aims to help create the school’s first course in bioethics.

“It’s important for the department and also for the university, because they plan to open a medical school,” Jecker said.

Her research during the year will explore the ideas of human dignity and interconnectedness, as described in African philosophy. “I think they are so relevant today,” she said.

For three decades Jecker has studied the topic of aging. Today many societies face great dilemmas and choices about how to support outsize populations of older adults. So far this has played out most prominently in high-income nations, she said, but population aging will soon face nations in Africa, Asia and Latin America.

“In many places, disease, war, and migration have depleted whole generations. In Africa, for instance, the HIV/AIDS epidemic took out a generation, whose children ended up being raised by grandparents. Twenty years later, the grandparents need help with activities of daily living but are bereft of offspring to care for them,” Jecker said.

Ethical issues that involve aging and other topics need to be framed in the context of local and regional customs and value systems – not by simply transplanting Western ideals, she emphasized.

“Ethics has to grow organically in a region so it is sensitive to local realities and needs and resources and beliefs. I’ve seen places in which a Western perspective on bioethics is imposed, rather than training local philosophers to draw on their own way of life. I want to try to cultivate something that will be meaningful for people there.”

Jecker holds adjunct UW professorships in the School of Law and departments of Global Health and Philosophy. Her research focuses on individual and societal aging, justice, human dignity, medical futility and global perspectives in philosophy and bioethics.

Now in its 75th year, the Fulbright program is the U.S. government’s flagship mechanism for international educational exchange. It was established by Congress in 1961 to increase understanding between the peoples of the United States and other countries.