Beyond March Madness: Vasectomy trends in the U.S.

Beyond March Madness: Vasectomy trends in the U.S.

Q&A: Fewer procedures today than in 2008 and regional variation are among study findings. 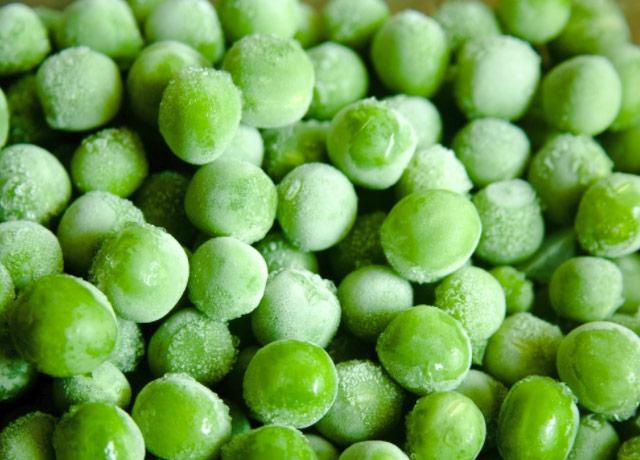 PXHere
Doctors advise vasectomy patients to keep swelling down with frozen peas (but leave them in the bag).

Vasectomies were in the news last month when a study showed annual spikes of the procedure in March – corroborating researchers’ hypothesis that patients would time the procedure to be home to watch the first days of the NCAA basketball tournament. The other study findings got far less attention, so we interviewed lead author Dr. Kevin Ostrowski, a UW Medicine urologist and assistant professor of urology at the University of Washington School of Medicine.

Q: What were the two or three main findings in your recent research paper?

A: I think the things that are interesting are the number of vasectomies – about half a million vasectomies are performed each year [and] that there’s variation in the number of vasectomies performed in different areas of the country. The thing that we expected and were hoping to prove was that there’s a peak [in vasectomies] in March, because of March Madness college basketball, and a peak at the end of the year, because patients have met their insurance deductible and want to get procedures done without a big copay.

Q: You noted that during your study span, 2007 to 2015, vasectomies trended down in number.

A: From 2008 until 2015, we did notice that there was a decrease in the number of vasectomies performed and we think this was associated with economic improvement in the country after the 2008 mortgage crisis. There is an association, at least in previous papers, showing an inverse correlation between family income or economic conditions and vasectomies. When things are going really well, people are less likely to get a vasectomy; when things are going poorly, financially, they’re more likely to get a vasectomy because they can’t afford to have kids.

Q: Are there noneconomic factors that influence men’s decision?

A: I think men are thinking about a couple of different things: One is the procedure – what it entails, how it goes, how painful it’s going to be – and that it’s permanent. It should be considered permanent. Two, I think they want to see what are the downsides, what are the risks associated with the procedure, and how do we try to prevent those things from happening.

A: There are very rare events that happen: bruising or swelling in the scrotum, getting an infection, or getting something called post-vasectomy pain syndrome, which is more chronic pain down in the testicles. It’s rare to get any of those but they’re all possible.

Q: You tell men to consider vasectomies permanent, and I think there’s a common perception that vasectomies can be easily reversed.

A: It is possible to get a vasectomy reversal or go through in vitro fertilization to cause a pregnancy after vasectomy, but it’s not guaranteed. It costs a lot of money and they aren’t guaranteed to get a child with either procedure.

A: In the past 20 years the procedure has evolved, with the no-scalpel vasectomy. We basically can spread the skin, identify the vas – after numbing it, obviously – and then cut or remove a portion of that tube that carries the sperm out of the testicles. It’s a really minimally invasive procedure that men tolerate very well.

Q: You said “cut,” so how is a scalpel not involved?

A: There are some scissors involved. We are breaking the skin and using a little clamp to spread it.

Q: Are men surprised that they have to get shaved for the procedure?

A: Yeah I think men are a little surprised about the shaving process. Some people who do “manscaping” on a regular basis are used to it, but for others, there’s some touchup work we may have to do in the office. I think what men are most surprised by is how relatively pain-free it is once we get that local [anesthetic] in. They feel sensations of tugging and pulling but it isn’t painful. They will walk out and drive themselves home the same day. Get a bag of frozen peas, put it on there for the next few days and you’ll be fine.

Q: Do you think men think differently about contraception today than they did 20 years ago, or is there still the expectation that women will be responsible?

A: I think there’s still that expectation but it is changing. The unfortunate part is that there aren’t many options for men from a contraception standpoint: basically a condom, which has obvious downfalls, and vasectomy, which is a more permanent form of birth control. Really what we need is some other form of birth control similar to the pills that women take that allows us to cause no sperm to come out in the ejaculate.

Q: Your study parsed out which areas of the U.S. are relatively high and low in terms of vasectomy volumes. Could you talk about that?

A: We found that the north-central part of the United States and the West Coast were highest in vasectomy utilization, and the Northeast was the lowest. From most utilized to least it went Midwest, West, South, Northeast. That to me is very surprising; I would have expected the coasts, the more progressive areas of the country, to have a higher percentage of vasectomies being performed; you’d think that men would be more involved in contraception decision-making. [The study noted that the Northeast is home to the highest immigrant population in the United States, and previous studies have associated immigrant status with decreased likelihood of undergoing vasectomy.]

Q: Anything else we should know about vasectomies?

A: My favorite thing about vasectomies is that it’s a time to really learn about patients on a personal level – what they do, what interests them. It’s much different than many other procedures because you have an awake patient who’s there for 15 minutes or so. You can learn a lot, from what’s the right paint to use to how to lay concrete to you-name-it. You really have an opportunity to see a big swath of the population and learn all sorts of cool things.

This content may be reproduced in part or whole. To interview a UW Medicine urologist, contact Brian Donohue: 206.543.7856; bdonohue@uw.edu