Second Chance created by researchers in computer science and engineering and anesthesiology and pain medicine. 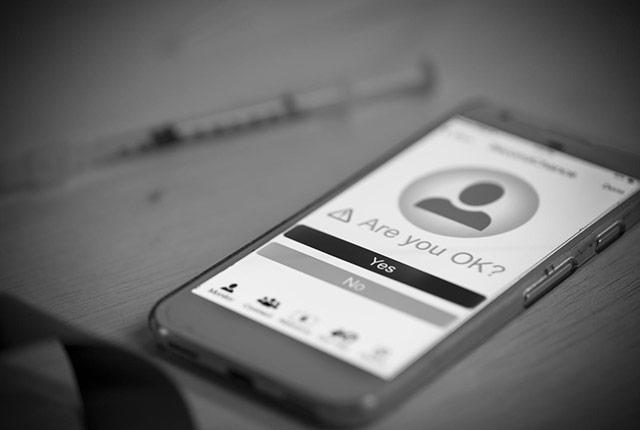 Mark Stone / University of Washington
The Second Chance app accurately detects overdose-related symptoms about 90 percent of the time and can track someone's breathing from up to 3 feet away.

Many of the medications UW Medicine anesthesiologist Jacob Sunshine administers to patients have profound effects on breathing, similar to the effect of taking illicit opioids outside of a hospital environment. Fentanyl, in fact, is a commonly used anesthetic in operating rooms.

This led to an idea and collaboration with researchers at the UW Paul G. Allen School of Computer Science & Engineering to create a cellphone app to detect an opioid overdose.

The app, called Second Chance, detects overdose-related symptoms about 90 percent of the time and can track someone's breathing from up to 3 feet away (but not from a purse or pocket). The results were published in Science Translational Medicine.

"People aren't always perfectly still while they're injecting drugs, so we want to still be able to track their breathing as they're moving around," said lead author Rajalakshmi Nandakumar, a doctoral student in the Allen School. "We can also look for characteristic motions during opioid overdose, like if someone's head slumps or nods off."

The app was tested within a supervised injection facility in Vancouver, BC, and the team worked with Sunshine’s colleagues to test a simulated overdose.

The researchers are applying for FDA approval.

"We're experiencing an unprecedented epidemic of deaths from opioid use, and it's unfortunate because these overdoses are completely reversible if they're detected in time," said Sunshine, an assistant professor of anesthesiology and pain medicine at the University of Washington School of Medicine.

At least 115 people die every day in the United States after overdosing on opioids, according to the National Institute on Drug Abuse.

Shyam Gollakota, a UW associate professor of engineering, said the ultimate goal in developing the app is not only to monitor a person’s condition, but eventually to connect users immediately with a friend or emergency services to provide life-saving treatment.