Harborview Medical Center is treating a 4-year-old child who was seriously injured April 21. 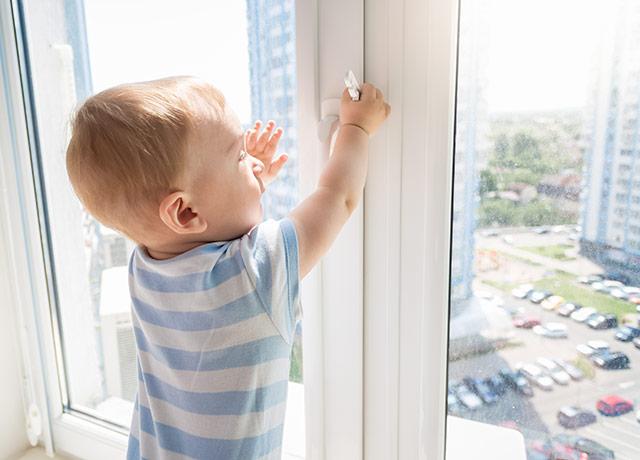 With the return of spring, open windows become a common sight around Seattle. As of 2015, about 79 percent of the city's rental units had no primary air conditioning, according to the U.S. Census Bureau.

Open windows offer relief from warmer temperatures, but also also can create a fall risk. Dr. Brian Johnston, chief of pediatrics at Harborview Medical Center and professor of pediatrics at the UW School of Medicine, calls on parents to take steps to proactively reduce that risk.

Falls are the leading cause of nonfatal injuries for people 19 and younger . The led to 2.8 million emergency department visits in 2010, according to the Centers for Disease Control and Prevention.  The most serious falls are typically from windows of multistory buildings. Harborview Medical Center in Seattle admits 40 to 50 young children each year for injuries sustained in falls from windows. Experts say these falls are largely preventable.

Most children fall through window screens, Johnston said. Screens are designed to keep insects out, and won't reliably bear the weight of a child.