UW Medicine to get up to $5.3M for TB research center

UW Medicine to get up to $5.3M for TB research center

The Seattle Tuberculosis Research Advancement Center will promote and coordinate studies across institutions in the city. 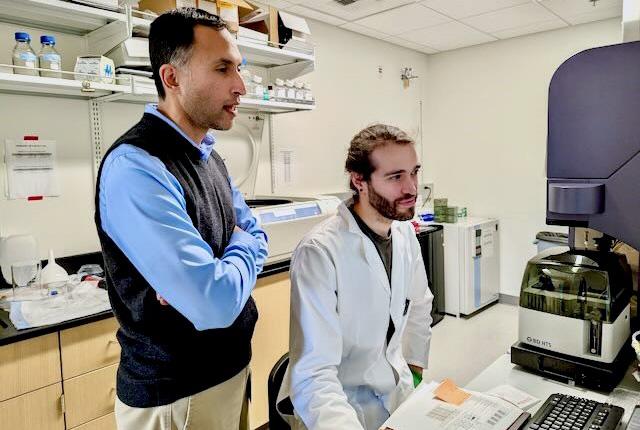 The University of Washington School of Medicine is expected to receive up to $5.3 million over the next five years to establish a new research center to advance tuberculosis (TB) research. The award was announced today by the National Institute of Allergy and Infectious Diseases (NIAID).

The goal of the Seattle Tuberculosis Research Advancement Center will be to develop the next generation of TB researchers by funding and mentoring new investigators, supporting lab and clinical research, and facilitating collaboration between research institutions within and outside of the university.

“We wanted the name to reflect that this effort seeks to include people who are working, or want to work, on TB at institutions all over the city,” said Dr. Chetan Seshadri, UW associate professor of medicine. He will co-lead the center with Rhea Coler, a UW affiliate professor of global health and senior investigator at the Seattle Childrens’ Research Institute, and David Sherman, professor and chair of the UW Department of Microbiology.

It’s hard to overstate TB's impact on human health, Sherman said. Mycobacterium tuberculosis, which causes TB, has infected about 30% of the world’s population and kills 1.5 million people a year, first  attacking a person's lungs and then spreading to other vital structures.

“For the last thousand years, tuberculosis has killed more people every year than any infectious disease until SARS-CoV-2 arrived,” Sherman said, ”and chances are that as COVID cases fall, it will again be the number one killer in the coming year.”

Little progress has been made in developing new treatments and vaccines for TB, he added. “The standard short-course drug treatment for the past 50 years requires taking four drugs a day for six months. Recently we’ve seen new drugs that promise to shorten the course to treatment from six to four months. That’s still abysmal.”

A TB vaccine called BCG, or bacille Calmette-Guerin, is more than 100 years old and has limited effectiveness, he noted. “Almost all the vaccines we have are against viruses and they almost all work using antibodies that recognize the invader and kill it. But there’s a whole other arm of the immune system that is required for containing TB, and we don’t know how to create vaccines that can manipulate that arm of the immune system in a way that we can rely on.”

The hope is that the new center will pave the way for researchers in different fields to collaborate on TB research, Seshadri said.

“We are centered at UW but have opened the doors to literally everyone in the city who wants to join the effort,” he said. “I don’t know that there’s any other place in the world that has the breadth and depth of TB-related research that Seattle has.”

The Seattle site will have four core programs:

“SEA-TRAC is going to be a multi-institutional, multi-investigator, multidisciplinary effort,” Seshadri said. “At an absolute minimum it’s going to provide us with a mechanism to form new collaborations to tackle difficult problems and provide seed funding for new ideas, risky ideas.”