Use numbers to explain surgery risk to patients, study says

Use numbers to explain surgery risk to patients, study says

Percentages convey the risk of surgical complications to patients better than terms like "common" or "uncommon," researchers find. 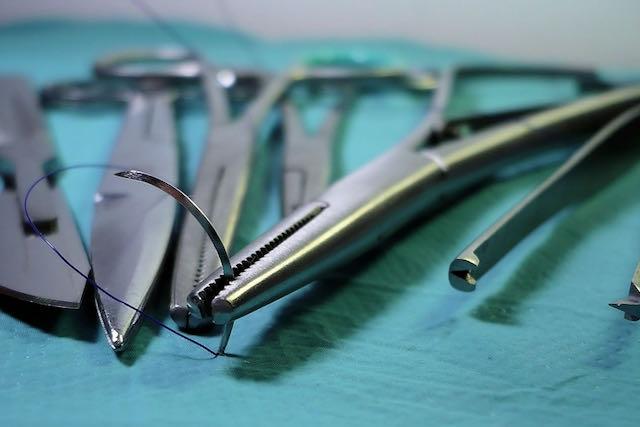 Dominik Karch / Pixabay
People's estimate of risk of surgical complications varied widely depending on how probabilities were described.

Patients will be more likely to draw accurate conclusions about the risk of complications due to a treatment if the risk is presented to them as a percentage or range of percentages rather than with terms like “common,” “uncommon” or “rare,” suggests a study by surgeons at the University of Washington School of Medicine in Seattle.

The findings highlight the importance of how risk is communicated to patients if they are to make informed decisions about their care, said Dr. Joshua E. Rosen, a surgical resident and research fellow at the UW Surgical Outcomes Research Center (SORCE). He presented the study results Oct. 23 at the virtual American College of Surgeons Clinical Congress 2021.  (See the ACCSCC2021 news release on his talk.)

“The way doctors communicate probability impacts in a dramatic way how patients interpret their risk,” Rosen said. “Physicians need to make sure that patients are hearing what the physicians are trying to communicate.”

The study is part of the Decision Science Group, a collaboration between SORCE and the UW Value & Systems Science Lab. The group's goal is to translate decision-making principles into practice, developing tools and protocols to improve how healthcare providers and patients make decisions. It is led by Dr. Joshua M. Liao, associate chair for health systems in the UW Department of Medicine and senior author on the new report.

In the study, 296 participants responded to a series of online surveys that presented the probability of complications associated with two treatment approaches to appendicitis: surgery or a course of antibiotics.

The probability of a particular complications was described with a simple percentage to some participants (for example, “3% risk”), a range of percentages, (for instance, 1% to 5%) to others or a verbal descriptor to the rest of the participatns, such as “common,” “uncommon,” or “rare.”  The respondents were then asked to estimate the likelihood of a complication for a typical patient with appendicitis by using a slider scale that ran from none to 100%.

The perception of risk among those who had been given the probability as a simple percentage tended to be in much closer agreement than those who had the risk described with a verbal descriptor. For example, when the risk of diarrhea with antibiotic treatment was described as common, the majority of participants interpreted the risk as being anywhere from 39% to 84%, while those who were told the risk was “7%”  or a "range of 5% to 9%" showed much less variation in their estimates.

Rosen said physicians use verbal descriptors for a variety of reasons. For example, they may want to put patients at ease so they don’t want to overwhelm them with numbers, or they may not have numerical estimates quickly available to them on a busy call shift.

“It’s a common concern that patients won’t understand numerical information,” he said, “but the participants in our study did well with both percentages and ranges. It’s a signal that patients, too, can work with the numbers we give them.”

Going forward, Rosen and his coworkers hope to use the findings of this study and other research projects to develop tools, such as handouts and decision aids, to help health care providers to convey risk information to patients. They hope these will facilitate stronger shared decision making between patients and their physicians.

This work was supported by the National Institute of Diabetes and Digestive and Kidney Diseases (T32DK070555) and a gift from Marty and Linda Ellison.