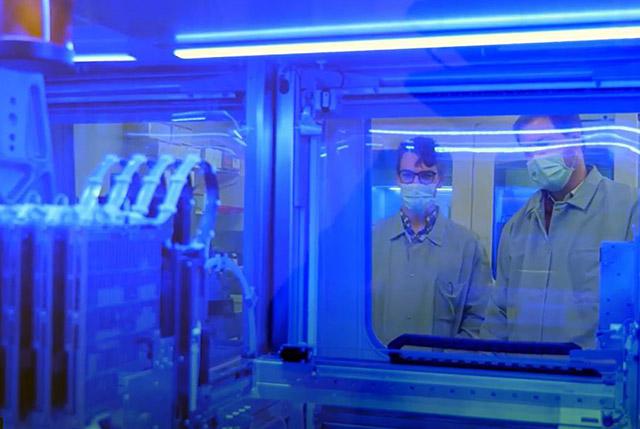 To better identify and prevent future pandemics, the University of Washington has become a partner in a five-year global, collaborative agreement with the U.S. Agency for International Development. The newly launched Discovery & Exploration of Emerging Pathogens – Viral Zoonoses, or DEEP VZN project, has approximately $125 million in anticipated funding and will be led by Washington State University.

The effort will build scientific capacity in partner countries to safely detect and characterize viruses which have the potential to spill over from wildlife and domestic animals to human populations.

“The DEEP VZN project provides an exciting chance to better understand why the world is experiencing more frequent and severe outbreaks of zoonotic infectious diseases transmitted between animals and people,” said Dr. Peter Rabinowitz, a co-principal investigator for USAID DEEP VZN and professor of environmental and occupational health sciences in the UW School of Public Health and a professor of family medicine in the UW School of Medicine.

“This means gaining knowledge about new viruses that could cause problems in the future, and the ecosystem changes that appear to be driving the process of viruses jumping between species,” Rabinowitz added. “The hope is that this improved understanding will lead to prevention of future pandemics and more resilient ecosystems.”

The project initially plans to partner with five countries in Africa, Asia and Latin America to help local organizations carry out large-scale animal surveillance programs within their own countries safely and test samples for viruses using their own laboratory facilities. This will avoid having to ship samples to other countries for testing and will build an international network of laboratories capable of quickly responding to disease outbreaks.

“Because the vast majority of viruses that ignite pandemics have their origin in nonhuman animals, it is critical that we figure out which of the many new zoonotic viruses that we are now identifying are most likely to jump species into humans, spread easily from person to person and cause severe disease or death,” said Dr. Judith Wasserheit, a co-principal investigator in the project and chair of the UW Department of Global health.

“The UW Alliance for Pandemic Preparedness focuses on a proactive, integrated systems approach to pandemic preparedness that has brought together internationally recognized leaders in the kinds of laboratory methods that will make it possible for the DEEP VZN team to fully sequence and characterize novel viruses in unprecedented breadth and depth,” said Wasserheit, co-director of the Alliance. “In addition, the Alliance’s approach catalyzed collaborations between these lab-based scientists; One Health leaders working at the interface of human, animal and environmental health; and leaders in Global Health who will work with colleagues in focus countries to identify high-risk locations and subpopulations at the human-animal interface.”

The DEEP VZN project will focus on finding previously unknown pathogens from three viral families that have a large potential for viral spillover from animals to humans: coronaviruses, the family that includes SARS-CoV-2, the virus that causes COVID-19; filoviruses, like Ebola virus; and paramyxoviruses, such as Nipah virus. With 70% of new viral outbreaks in people originating from animals, understanding future threats helps protect the United States as well as the partner countries.

The goals are ambitious: to collect over 800,000 samples in the five years of the project, most of which will come from wildlife; then to detect whether known and novel viruses from the target families are present in the samples. When those are found, the researchers will determine their zoonotic potential, or the ability to be transmitted between animals and humans.

This process is expected to yield 8,000 to 12,000 novel viruses, which researchers will then screen and perform genome sequencing for the ones that pose the most risk to animal and human health.

The UW Medicine laboratory effort, led by Dr. Alex Greninger, assistant professor of laboratory medicine and pathology at University of Washington School of Medicine, will use the cutting-edge research expertise of five internationally recognized UW Medicine laboratories to develop innovative techniques and provide reference and support activities for virus detection and characterization by the participating labs in Africa, Asia and South America.

“It’s time to get to work and find some new viruses,” said Greninger. “We will be building capacity in other countries to be able to find new viruses and characterize them in hopes to better understand coronaviruses and other viruses circulating in the world.”

The roles of the UW Medicine labs in this project are:

The UW Department of Global Health will apply its experience in more than 145 countries and expertise in capacity strengthening through the International Training and Education Center for Health, or I-TECH, to support sustainable sampling and strengthen in-country laboratory programs.

In addition to UW and WSU, USAID DEEP VZN includes virology expertise of The Washington University at St. Louis, as well as data management and in-country expertise of public health nonprofits PATH, based in Seattle, and FHI 360, based in North Carolina. These partners have extensive established presence and partners in countries in the target regions.

“To make sure the world is better prepared for these infectious disease events, which are likely to happen more frequently as wild areas become increasingly fragmented, we need to be ready,” said Felix Lankester, lead principal investigator for USAID DEEP VZN and associate professor with WSU’s Paul G. Allen School for Global Health. “We will work to not only detect viruses but also build capacity in other countries, so the United States can collaborate with them in carrying out this important work.”

This story was adapted from a Washington State University news release.

Check out the USAID’s media release.