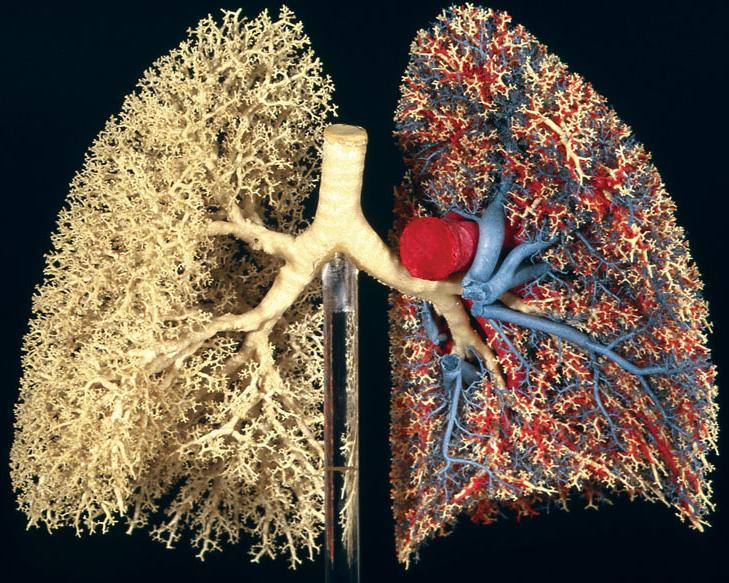 Nutritional status and lung function are closely related to survival in people living with cystic fibrosis, an inherited disease that affects the respiratory and digestive systems.

The findings were published Nov. 3 in the American Journal of Respiratory and Critical Care Medicine.

The lead author of the study is Dr. Christopher Goss, a University of Washington School of Medicine professor of pulmonary and critical care medicine and pediatrics who practices at UW Medicine’s Pulmonary Clinic at University of Washington Medical Center in Seattle.  The senior author is Dr. Anne L. Stephenson, of St. Michael’s Hospital in Toronto. They explained that maintaining weight is a key prognostic marker in cystic fibrosis and nutritional failure is a serious problem in the disease. Persons with cystic fibrosis born after 1990 in the U.S. have better nutritional status now than their counterparts in Canada.

One of the critical measurements for those with lung disease is forced expiratory volume (FEV): how much air a person can exhale during a forced breath. The FEV1 is the amount of air expelled during the first second of blowing. In this study, the median FEV1 % predicted for U.S. children ages 6 to 18 years increased by 2.9 percent per 5 years compared to Canadian children who had a median  FEV1 % increase of 2.1 percent per 5 years which reflects an almost 40% higher value in the United States compared to Canada.

The faster rate of improvement in lung function and nutrition in the United States, the researchers suggested, may be due to earlier implementation of newborn screening or quality improvement initiatives for the disease and improved access to medical care under the Medicaid Children's Health Insurance Program (CHIP) in the United States.  The CHIP program was signed into U.S. federal law in 1997. This law gives states federal matching funds to provide health coverage to children in families whose household income is too high to qualify for Medicaid, but who cannot afford private coverage.

"The findings from this study are encouraging in that they support positive trends in the health of people with CF in both Canada and the U.S., “ said Dr. Bruce Marshall, lead study investigator for the Cystic Fibrosis Foundation and senior vice-president of clinical affairs for the organization. “As a community, we can all take pride in these improvements while continuing to learn as much as we can to slow down the progression of this disease and improve the quality of life for all those living with it."

Cystic fibrosis results from an inherited gene variant. The gene’s protein product causes unusually thick, sticky mucus. This clogs the lungs and leads to life-threatening lung infections.  The disease also obstructs the pancreas and stops natural enzymes from helping the body break down and absorb food. The most common reason for death in cystic fibrosis patients is progressive lung disease.

This study was funded by a U.S. Cystic Fibrosis Foundation grant (STEPHE14A0).