Tracking stress in pregnant moms, for their child's health

Tracking stress in pregnant moms, for their child's health

An artificial-intelligence system was designed to use EKG readings to track the stress of mothers and their fetuses in a recent study. 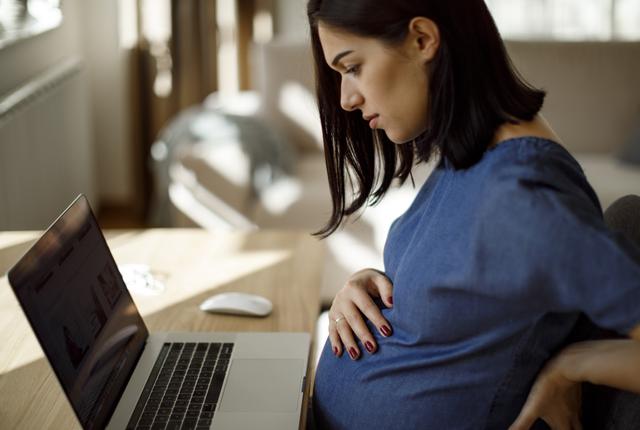 Tracking the stress experienced by a pregnant mother, via a wearable device or regular checkups, could prevent developmental delays in the resulting child, according to research recently published in the journal Scientific Reports.

The study involved artificial intelligence and electrocardiograms (EKG) and and was conducted by scientists from Germany, Argentina, Canada and UW Medicine in Seattle.  Researchers examined whether biomarkers indicating stress could be discerned and tracked with EKG data run through an algorithm. Levels of high stress detected by the machines were confirmed with psychological inventories and measures of cortisol levels in the mother. The fetal stress index was measured via the connection between fetal and maternal heartbeats.

Stress has long been known to affect a fetus' brain development, said Dr. Martin Frasch, affiliate assistant professor of obstetrics and gynecology at the University of Washington School of Medicine and one of the study’s corresponding authors. He said fetal stress has been linked to subsequent neuropsychiatric conditions such as ADHD and autism, and to neurodegenerative disorders such as Parkinson’s and Alzheimer’s.

“The question is, 'What do we do with this information, in a practical way?'” he asked.

That answer lies in developing an AI algorithm to track data points that indicate stress. Little research has been done on how to track the stress effectively and how to train computers to monitor stress during pregnancy, Frasch said. Over 12 months, the team trained an AI system to associate the previously measured psychological, molecular and biophysical biomarkers of maternal and fetal stress with the EKG readings. In this way, the system could track the expectant mother’s stress levels non-invasively and automatically.

The study involved 107 women who were 32 weeks pregnant: 59 were a control group and 48 underwent routine EKGs to collect data indicating biomarkers related to stress. Frasch said the study was able to detect actionable biomarkers that clinicians could use to reduce maternal stress and develop an intervention plan to address any physical or developmental delays after the child was born.

"We used a model of deep learning (a form of AI-based statistical prediction technology that can integrate with wearable EKG devices) to identify chronically stressed mother-fetus dyads and predict their biochemical, biophysical and physiological characteristics from a regular EKG with a high degree of accuracy,” the researchers reported in their findings.

For the fetus, the team used a fetal stress index developed about three years ago. It represents the biophysical signature of prenatal stress exposure measured late in pregnancy by using non-invasive maternal trans-abdominal EKG. This approach yielded the joint maternal-fetal biomarker of chronic stress which shows how fetal heart rate responds to the maternal heart rate.

“This is an important advance in early and non-invasive detection of chronic stress effects during pregnancy,” the authors wrote.

The next step would be to employ a wearable device that pregnant mothers could wear outside of a research setting, Frasch noted.  It’s all about early intervention for babies born in stress, said Frasch.

“If we knew what kids were being subjected to this stress, in utero, and were able to steer them back onto a better developmental trajectory, it would have a positive impact on generational health,” he said.

The study was a collaboration of the Department of Electrical & Computer Engineering and Ingenuity Labs Research Institute, Queen’s University in Ontario, Canada; the Technical University in Munich, Germany; the University of Buenos Aires, Argentina; and the University of Washington Center on Human Development and Disability. The project was funded by Projekt DEAL.