A poorer score on a cognitive test was associated with greater risk in a study population of 2,615 senior drivers. 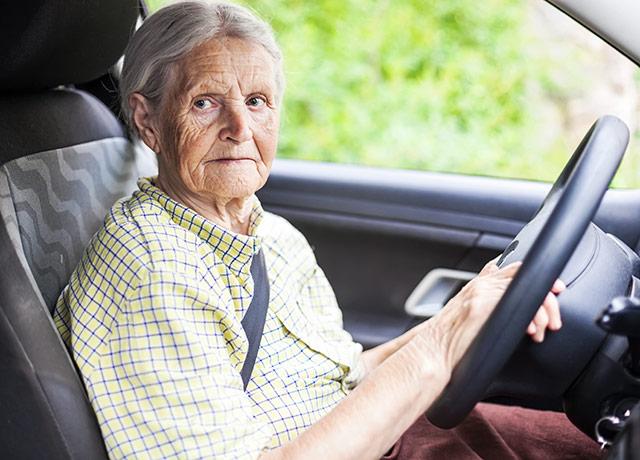 ThinkStock
The fatal crash rate for divers begins to rise at age 65.

While older drivers as a group have a relatively high rate of car crashes, few validated tools exist to evaluate an individual’s crash risk and to help older adults make the life-altering decision to give up their car keys.

Aiming to better understand how adults’ crash risk changes over time, and to identify tools to measure this risk, University of Washington researchers applied a specific cognitive test to a group of 2,615 licensed drivers age 65 and older.

Poorer performance on the test was associated with a higher crash risk, according to the study, published today in the Journal of the American Geriatrics Society.

The researchers employed the Cognitive Abilities Screening Instrument using item response theory (CASI-IRT). It assigns a score based on cognitive skills such as attention, concentration, short-term memory, visual construction and judgment. Unlike most previous research on older adults and driving, this study population included only individuals who had not been diagnosed with dementia or Alzheimer’s.

The findings suggest that CASI-IRT may be useful to evaluate crash risk. The authors said, though, that more research is needed to develop concrete recommendations and resources.

“Social, logistical, and health factors must be considered as older individuals, families, clinicians, and other stakeholders seek to balance the independence of driving with the safety of older drivers and those with whom they share the road,” said lead author Laura Fraade-Blanar, a recent graduate of the UW School of Public Health.

Previous studies have shown that cognitive decline makes it more difficult to perform tasks such as perceiving road hazards, processing visual cues such as stop signs, anticipating other drivers’ actions and making quick decisions. Poorer cognition may also leave drivers less equipped to self-monitor for cues that they should not be on the road.

For many seniors, their families and their doctors, the issue is complicated. Losing the access or the ability to drive is associated with poorer health, increased isolation, earlier admittance to long-term care facilities and increased burdens on caregivers. On the other hand, the fatal crash rate for divers begins to rise at age 65 and, according to the Insurance Institute for Highway Safety, drivers age 85 or older have the highest fatal crash involvement rate per mile driven of any age group.