For severe ankle arthritis, is fusion or replacement better?

For severe ankle arthritis, is fusion or replacement better?

Both types of surgical treatments are effective, UW Medicine study finds, but ankle replacement appears to have better outcomes overall after two years. 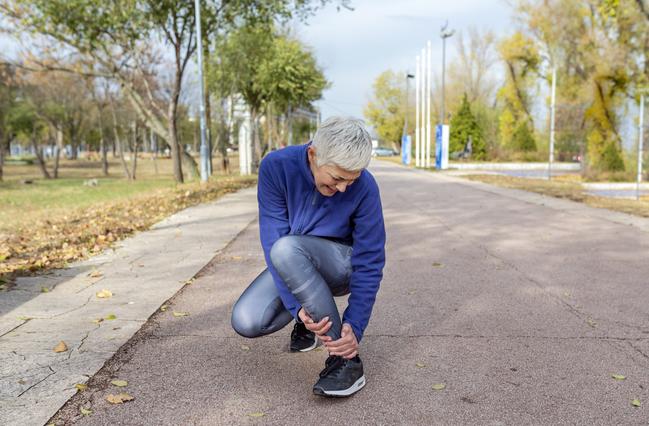 Patients with severe ankle arthritis who had total ankle replacement surgery, a procedure called arthroplasty, did better overall after two years than those that had the more traditional surgery that fuses the joint, called arthrodesis, a multi-center study led by researchers at the University of Washington School of Medicine and Puget Sound Veterans Affairs Health System has found.

Prior research from other centers found that both reduced pain significantly and improved function. but that the risk of complications was higher with the technically more difficult replacement procedure.

The results did not make clear whether one procedure would be better for all patients, said Dr. Bruce Sangeorzan, who led a study conducted at several institutions. He is a  professor of orthopedics and sports medicine at the University of Washington School of Medicine  in Seattle . He also directs the Center for Limb Loss and MoBility (CLiMB) at the Veterans Affairs Puget Sound Health Care System. .

The study findings are published today in the Journal of Bone and Joint Surgery in a paper titled. “Effectiveness and safety of ankle arthrodesis versus arthroplasty: A prospective multicenter study.”

“Our study shows that ankle replacement is a worthwhile consideration for patients with end-stage ankle arthritis. It seems to do better  in the short term.” Sangeorzan said. “But since these operations are intended to last for 10 to15 years, it’s too early to drive a patient to one treatment or the other.”

Among the factors that need to be considered are  the patient’s age, activity level, the alignment of the leg bones , and state of the surrounding tissues, he said.

“There’s no one treatment for everyone. The decision should be made in consultation with a surgeon who is knowledgeable about the risks and benefits of these procedures,” he said. In ongoing research, the study team is working on ways to determine which procedure is best for which patients.About one in 20 Americans have ankle arthritis, often the result of trauma.

The condition can be extremely painful and severely limit the the ability to walk. For many years, joint fusion surgery was used to reduce pain and improve the  ability to walk. In general, the results were good.

Although fusion limited  ankle motion, the flexibility of other nearby joints helped to compensate for that loss of motion.In recent years, however, more  patients are having a procedure in which the joint is replaced with a device that maintains much of the ankle’s movement. But despite the growing popularity of joint replacement surgery, no rigorous study had yet been done in the United States to determine which surgery yields better results.

For the new research published today, Sangeorzan and his co-investigators enrolled more than 500 patients who underwent one or the other surgery. A little more than 400 had ankle replacement surgery and just over 100 underwent ankle fusion procedure. Because ankle surgery is technically difficult, only surgeons experienced with the procedures were recruited to perform the operations.

The patients were evaluated before surgery and then followed for two years being re-evaluated at 6, 12, and 24 months after the surgery. The evaluation included assessments of  pain, ability to perform activities of daily living and engage in sports activities, and measures of general health and well-being. The researchers also recorded any complications, such as the need for a surgical revision.

After two years, the overall success rate in both groups was high, although higher among those who had ankle replacement surgery. There were no significant differences in complications or need for revision. Ninety-five percent of all patients said they were happy they had had the surgery.Sangeorzan said the results indicate that both procedures are effective, but a patient’s decision to choose one or the other still should be made in consultation with a knowledgeable surgeon.

Joint replacement surgeries in the hip and knee are expected to be good for about 15 years. Although ankle replacements are not expected to last that long, two-years follow up is still  relatively short, he noted. It’s possible that differences in outcomes may change as time passes. Sangeorzan’s team now is gathering data from these patients at four years of follow up and expects to publish those results soon.

What is most important, Sangeorzan said, is that patients have these procedures done at centers with expertise in ankle joint surgery. This study involved surgeons with training in hip, knee and ankle replacement as well as expertise in ankle arthrodesis, he noted. The operations are relatively uncommon compared to hip and knee replacements.  Many surgeons offering the treatment may not have extensive experience in performing what is a technically challenging procedure, he said.