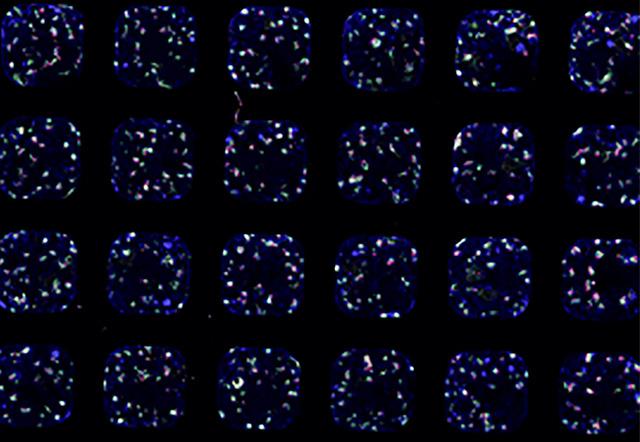 An automated system that uses robots has been designed to rapidly produce human mini-organs derived from stem cells. Researchers at the University of Washington School of Medicine in Seattle developed the new system.

The advance promises to greatly expand the use of mini-organs in basic research and drug discovery, according to Benjamin Freedman, assistant professor of medicine, Division of Nephrology, at the UW School of Medicine, who led the research effort.

"This is a new 'secret weapon' in our fight against disease,' said Freedman, who is a scientist at the UW Institute for Stem Cell and Regenerative Medicine, as well as at the Kidney Research Institute, a collaboration between the Northwest Kidney Centers and UW Medicine.

A report describing the new technique will be published online May 17 in the journal Cell Stem Cell. The lead authors were research scientists Stefan Czerniecki, and Nelly Cruz from the Freedman lab, and Dr. Jennifer Harder, assistant professor of internal medicine, Division of Nephrology at the University of Michigan School of Medicine, where she is a kidney disease specialist.

The traditional way to grow cells for biomedical research, Freedman explained, is to culture them as flat, two-dimensional sheets, which are overly simplistic. In recent years, researchers have been increasingly successful in growing stem cells into more complex, three-dimensional structures called mini-organs or organoids. These resemble rudimentary organs and in many ways behave similarly. While these properties make organoids ideal for biomedical research, they also pose a challenge for mass production. The ability to mass produce organoids is the most exciting potential applications of the new robotic technology, according to the developers.

In the new study, the researchers used a robotic system to automate the procedure for growing stem cells into organoids. Although similar approaches have been successful with adult stem cells, this is the first report of successfully automating the manufacture of organoids from pluripotent stem cells. That cell type is versatile and capable of becoming any type of organ.

In this process, the liquid-handling robots introduced the stem cells into plates that contained as many as 384 miniature wells each, and then coaxed them to turn into kidney organoids over 21 days. Each little microwell typically contained ten or more organoids, and each plate contained thousands of organoids. With a speed that would have impressed Henry Ford's car assembly line, the robots could produce many plates in a fraction of the time.

"Ordinarily, just setting up an experiment of this magnitude would take a researcher all day, while the robot can do it in 20 minutes," said Freedman.

"On top of that, the robot doesn't get tired and make mistakes," he added. "There's no question. For repetitive, tedious tasks like this, robots do a better job than humans."

The researchers further trained robots to process and analyze the organoids they produced. Harder and her colleagues at the University of Michigan Kidney Center used an automated, cutting-edge technique called single cell RNA sequencing to identify all the different types of cells found in the organoids.

"We established that these organoids do resemble developing kidneys, but also that they contain non-kidney cells that had not previously been characterized in these cultures," said Harder.

"These findings give us a better idea of the nature of these organoids and provide a baseline from which we can make improvements," Freedman said. "The value of this high-throughput platform is that we can now alter our procedure at any point, in many different ways, and quickly see which of these changes produces a better result."

Demonstrating this, the researchers discovered a way to greatly expand the number of blood vessel cells in their organoids to make them more like real kidneys.

The researchers also used their new technique to search for drugs that could affect disease. In one of these experiments, they produced organoids with mutations that cause polycystic kidney disease, a common, inherited condition that affects one in 600 people worldwide and often leads to kidney failure.
In this disease, tiny tubes in the kidneys and other organs swell like balloons and form expanding cysts that crowd out the healthy tissue.

In their experiment, the researchers exposed the polycystic kidney disease organoids to a number of substances. They found that one, a factor called blebbistatin that blocks a protein called myosin, led to a significant increase in the number and size of cysts.

"This was unexpected, since myosin was not known to be involved in PKD," Freedman said. Myosin, which is better known for its role in muscle contraction, may allow kidney tubules to expand and contract. If it is not functioning properly it might lead to cysts, Freedman explained.

"It's definitely a pathway we will be looking at," he said.

News coverage of this research:

GeekWire: How a robotic system that grows human organoids can help save real live humans