Patients on chronic opioid prescriptions who came off opioids were three times more likely to die of an overdose in the years that followed, a study found. 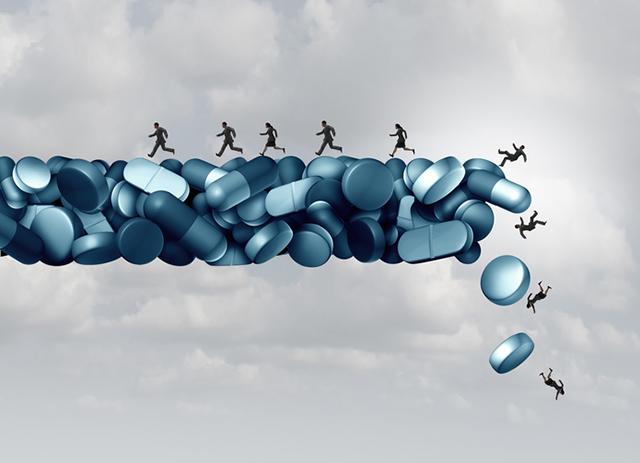 Getty Images
Discontinuing chronic opioid therapy was associated with increased risk of death, according to a study published in the Journal of General Internal Medicine.

With a huge push to reduce opioid prescribing, little is known about the real-world benefits or risks to patients of stopping these pain medications.

A study published Aug. 29 in the Journal of General Internal Medicine found an alarming outcome: Patients coming off opioids for pain were three times more likely to die of an overdose in the years that followed.

“We are worried by these results, because they suggest that the policy recommendations intended to make opioid prescribing safer are not working as intended,” said lead author Jocelyn James, assistant professor of  medicine, Division of General Internal Medicine, at the University of Washington School of Medicine. “We have to make sure we develop systems to protect patients.”

While reduced prescribing may well be intended to improve patient safety, little is known about the real-world benefits or risks of this sea change in opioid prescribing.

The observational study looked at a cohort of 572 patients with chronic pain who were enrolled in an opioid registry. Chronic opioid therapy was discontinued in 344 patients and 187 continued to visit a primary-care clinic. During the study period, 119 registry patients died (20.8%); 21 patients died of a definitive or possible overdose . Of these, 17 were patients who stopped using chronic opioid therapy and four were patients being seen at a clinic.

The project team said that improved clinical strategies, including multimodal pain management and treatment of opioid-use disorder, may be needed for this high-risk group.

At the time of this study, state rules did not allow medication treatment of opioid-use disorder in the primary-care setting, said co-author Joseph Merrill, professor of medicine, Division of General Internal Medicine, at the UW School of Medicine.

After those rules changed, he said, the addiction clinic at Harborview Medical Center in Seattle developed a program to provide medication treatment for opioid-use disorder, including patients who had developed problems related to prescription pain medication.

“We hope these findings encourage others who prescribe opioids to do the same,” Merrill said.

The researchers said the UW Medicine study is the third study published this year to look at the risks of stopping opioids:

Funding was provided by the University of Washington School of Medicine’s Medical Student Research Training Program, National Center for Advancing Translational Sciences, National Institutes of Health, and the Division of General Internal Medicine in the UW School of Medicine.