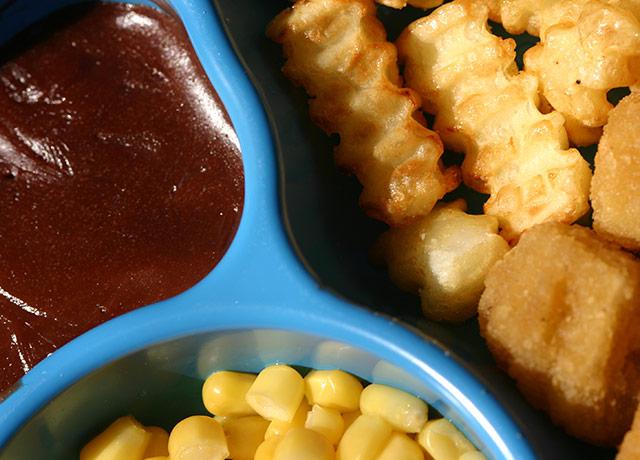 Getty Images
Pre-made meals in microwaveable containers are among the food items identified as risky.

With growing evidence that chemicals in food colorings, preservatives, and packaging can interfere with children's growth and development, the American Academy of Pediatrics today said reforms are urgently needed to the U.S. food regulatory process. Its statement and technical report were published in the journal Pediatrics.

The United States allows the use of more than 10,000 additives to modify foods' taste, appearance, texture or nutrients -- or which are involved in their packaging and processing, such as plastic, glues, dyes, paper, cardboard and coatings. Many chemicals were grandfathered in for approval during the 1950s, and roughly 1,000 additives are used under a “Generally Recognized as Safe” designation that does not require U.S. Food and Drug Administration (FDA) approval.

"The current regulatory process does not adequately protect children's health from these chemicals," said Dr. Sheela Sathyanarayana, a UW Medicine pediatrician and environmental scientist at the University of Washington (UW) School of Public Health.  "Bisphenol A and phthalates are known endocrine-disrupting chemicals, and we've learned that early life exposures can affect later-life health outcomes."

The additives of most concern, based on rising research evidence cited in the report, include:

The paper was published to urge Congress to empower the FDA to collect more data about these chemicals than is now possible.

Families can take simple steps to limit exposures to the chemicals of greatest concern: