People’s activity levels – increasing as temperatures rise, to a point – are likelier than the weather itself to cause pain that motivates online searches, UW Medicine researcher says 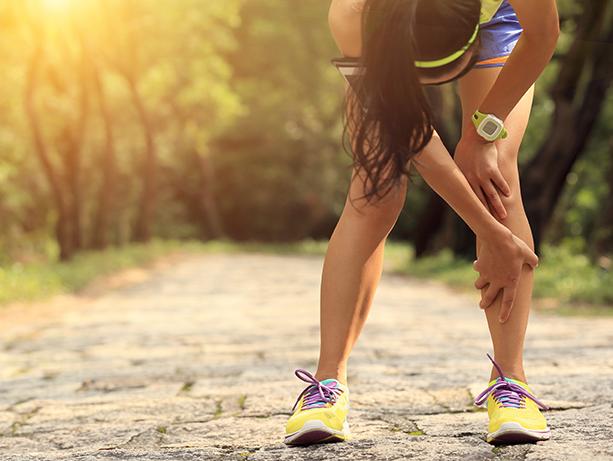 ThinkStock
Searches about hip and knee pain increased with warmer temperatures, to a point, then declined above 86 degrees Fahrenheit.

SEATTLE – Some people with achy joints and arthritis swear that weather influences their pain. New research, perhaps the deepest, data-based dive into this suggestion, finds that weather conditions in 45 U.S. cities are indeed associated with Google searches about joint pain.

But it might not be the association you’d expect.

The findings, published today in PLOS ONE, indicate that people’s activity level – increasing as temperatures rise, to a point – is likelier than the weather itself to cause pain that spurs online searches, say investigators from UW Medicine in Seattle and Harvard University.

“We were surprised by how consistent the results were throughout the range of temperatures in cities across the country,” said Scott Telfer, a UW Medicine researcher in orthopedics and sports medicine. He collaborated with Nick Obradovich, a postdoctoral fellow in science, technology and public policy at Harvard.

The researchers used Google Trends, a resource that reflects global use of the company’s search engine. They created search strings of words and phrases for hip pain, knee pain and arthritis, as well as a control search related to stomach pain.

From the 50 most populous U.S. cities, they sought daily summaries of local weather data from Jan. 1, 2011, to Dec. 31, 2015. The data included temperature, precipitation, relative humidity and barometric pressure – variables previously suggested as associated with increases in musculoskeletal pain. Five cities were dropped from the final results due to incomplete data.

Google Trends expresses data in weekly, not daily, increments, which slightly limited the findings’ precision vis-à-vis time. Temperatures and searches below 23 degrees were aggregated into one group, as were temperatures and searches above 86 degrees. Those two groups of combined temperatures correspond with somewhat less scientific confidence, Telfer acknowledged, but the trend of fewer searches, relative to both 23 and 86 degrees, was evident in each group.

Among the weather variables, only temperature and precipitation were found to have statistically significant associations, and only with searches for knee and hip pain. Searches about arthritis, which Telfer said was the study’s impetus, had no discernible correlation with weather factors.

“You hear people with arthritis say they can tell when the weather is changing,” he said. “But with past studies there’s only been vague associations, nothing very concrete, and our findings align with those.”

The stomach-pain searches functioned well as a control:  Those volumes were greater at low and high temperature extremes and ebbed in mild temperatures, a very different pattern from the knee- and hip-pain searches.

Because knee- and hip-pain searches increased as temperatures rose until it grew uncomfortably hot, and rainy days tended to slightly reduce search volumes for hip and knee pain, the researchers inferred that “changes in physical activity levels” were primarily responsible for those searches.

“We haven’t found any direct mechanism that links ambient temperature with pain. What we think is much more likely explanation is the fact that people are more active on nice days, so more prone to have overuse and acute injuries from that and to search online for relevant information. That’s our hypothesis for what we’ll explore next,” said Telfer, an acting assistant professor in orthopedics and sports medicine at the University of Washington School of Medicine.

The interest in using internet data, he added, stems from the fact that web searches are increasingly people’s first response to experiencing adverse health symptoms.