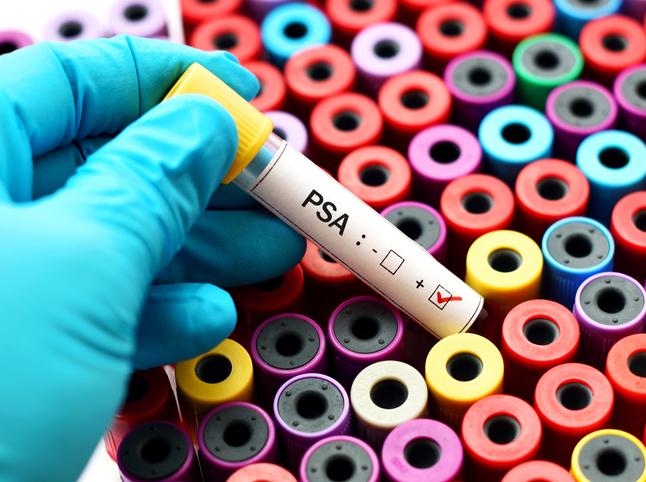 The benefits of the prostate-specific antigen (PSA) test to screen men for prostate cancer may be greater than the harm, according to a study published today in the New England Journal of Medicine.

Genitourinary cancer specialists from Seattle Cancer Care Alliance, University of Washington School of Medicine, Fred Hutchinson Cancer Research Center, and Weill Cornell Medicine authored a paper on the long-term benefits of PSA screening. Investigators concluded that the advantages of widespread screening, including reduced mortality and the potential to avoid metastases, are likely greater than estimates cited in current guidelines.

“Currently much of the medical community considers PSA testing as an example of a screening tool that is ineffective largely based on short-term data from two trials,” said Dr. Yaw Nyame, co-lead author and a clinical fellow of urology at the University of Washington School of Medicine. He also is an investigator at the Seattle Cancer Care Alliance and postdoctoral fellow at the Fred Hutchinson Cancer Research Center.

“Using data from the more reliable of the two trials, and conservative assumptions, our team created a microsimulation model to extrapolate the mortality reduction due to screening from 16 years of follow-up to 25 years of follow-up. Our results show that continued accrual of benefit over time creates a significantly more favorable picture of the value of screening.”

Routine screening relies on blood-level measurements of PSA, produced by the prostate gland. Men with prostate cancer often have elevated PSA levels. Screening is a balance of considerations: the potential to prevent someone from dying of prostate cancer versus drawbacks such as overdiagnosis and overtreatment of prostate cancer.

Overdiagnosis is the discovery of cancer that would not have been detected otherwise in the patient’s remaining years.  Overtreatment, the treatment of an overdiagnosed cancer, can cause substantial harms, including urinary incontinence and erectile dysfunction.

“Prostate cancer screening can lead to overdiagnosis, but screening trials did not provide a correct perception of the harms relative to benefits, and underestimated the lives that could be saved over the long term. This manuscript leverages a simulation model that was developed by our group to overcome these limitations,” explained Dr. Ruth Etzioni, a biostatistician at Fred Hutch.

Perceptions of PSA testing as ineffective, combined with overstated harms, have led agencies such as the U.S. Preventive Services Task Force and organizations including the American Academy of Family Physicians to shy away from recommending routine screening for men. In 2018, the task force provided a Grade C recommendation for PSA screening, recommending instead “shared decision making” between patients and their healthcare providers.

These recommendations are rooted in short-term data that suggests PSA screens of 1,000 men detect 100 cancers but prevent only one prostate-cancer death.

“Our model, however, shows that we would have to diagnose 11 extra cases of prostate cancer to prevent one prostate cancer death at 25-years of follow-up,” Nyame said.  “These recommendations also fail to acknowledge the marked changes occurring in the field that are improving our detection of clinically significant cancer, and changes in our management of low-risk cancers (e.g., active surveillance) that is markedly reducing the harms of overtreatment. The time has come to rethink the use of PSA testing, particularly in high-risk populations, so that we do not miss the opportunity to improve our ability to diagnosis prostate cancer earlier, enhance our ability to treat it effectively, and save more men from serious illness and death.”