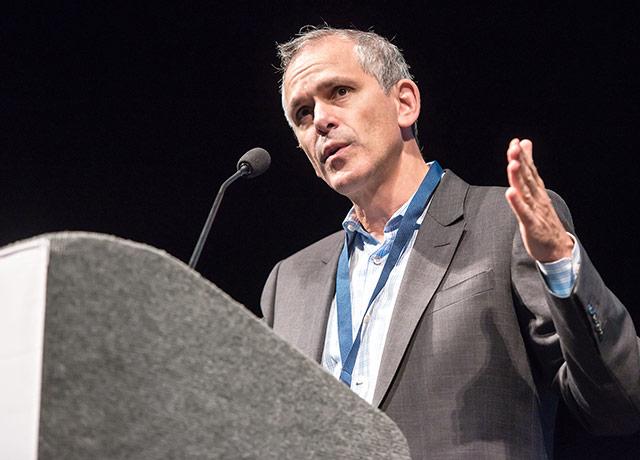 Institute for Health Metrics and Evaluation
Chris Murray said the award honors the nearly 3,200 collaborators who now contribute to the Global Burden of Disease Study.

Professors Christopher Murray and Alan Lopez, co-founders of the groundbreaking Global Burden of Disease Study, will receive the John Dirks Canada Gairdner Global Health Award.  It is one of the world’s most esteemed prizes for health research.

“It is a great honor to receive the Gairdner Award,” said Murray, who is also a professor of global health at the .UW School of Public Health.  “This is recognition not only of the work Alan and I have conducted, but also of the nearly 3,200 collaborators contributing to the study.  Moreover, it is an acknowledgement of scientific discipline of health data and its impact on improving people’s lives and livelihoods.”

Murray and Lopez first collaborated in 1990 on a study calculating estimates for eight regions, 107 diseases, and 10 risk factors.  Today the Global Burden of Disease study is published annually in The Lancet  medical journal and recognized as the world’s largest scientific collaboration, with input from 3,191 investigators in 143 locations.

The latest edition covers 333 diseases and injuries and 84 risk factors across 195 countries and territories, grouped by age and sex, from 1990 to the present.  Its public graphic interface allows comparisons over time, across age groups, and among populations.

The study has spurred policy changes and improvements in health systems in numerous countries.  Its annual results guide the priorities and spending decisions for the U.S. National Institutes of Health, the World Health Organization, the World Bank, and the Bill & Melinda Gates Foundation.  Since 1990, the Global Burden of Disease study has generated nearly 20,000 peer-reviewed publications and has been cited more than 700,000 times in scientific studies and reports.

Lopez said he also is greatly honored to receive the award, but that much more work in health metrics sciences remains.

“To improve health outcomes for their populations, countries need to be held accountable for the relevance and effectiveness of their health policies and programs,” Lopez said. “To do that, they need to be able to track the importance, and emergence, of major health problems. The Global Burden of Disease Study provides this essential health intelligence about the main health problems in their country and how they are changing."

The Gairdner awards were first given in 1959.  This year it bestows seven awards: five for biomedical research, one for excellence and leadership by a Canadian scientist, and one for global health impact (named for John Dirks, president emeritus of the Gairdner Foundation).

“This year’s laureates, including Dr. Murray and Dr. Lopez for their work on conceptualizing the Global Burden of Disease study, are a fitting addition to the Gairdner’s track record of exemplary awardees," said Dr. Lorne Tyrrell, board chairman of the Gairdner Foundation.

Murray and Lopez will share a $100,000 prize and be formally honored in October in Toronto.