In medical and arrest histories, researchers have identified risk markers that elevate a person's chances of being shot in Seattle 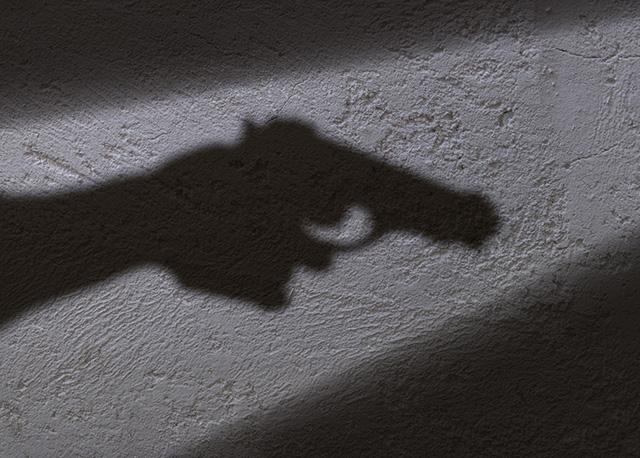 Getty Images
Substance abuse, conduct disorder and prior arrests can raise the risk of firearm injury.

An individual’s history of substance use, mental disorder and arrest can indicate an elevated risk of getting shot, according to a new study in Seattle from the University of Washington School of Public Health. These warning signs illustrate the growing challenges healthcare and police personnel face in recognizing someone at risk of firearm injury.

The study, published in the American Journal of Preventive Medicine Aug. 16, is one of the first to examine how certain behaviors can be used as warning signs that an individual is at risk of getting shot in a crime, by police, unintentionally, or by means of suicide.

Lead author Brianna Mills, a recent doctoral graduate from the UW Department of Epidemiology, compared the cases of 763 individuals injured or killed by a gun in Seattle between 2010 and 2014 with a control group of passengers injured or killed in a car accident in Seattle during the same years.

She grouped firearm injuries and fatalities into four categories: crime-related, suicide-related, unintentional, and police intervention injuries. Mills examined the arrest histories and mental disorder and substance abuse diagnoses for each category during the two years prior to injury. She usedata maintained by the Washington State Department of Health and Washington State Patrol. 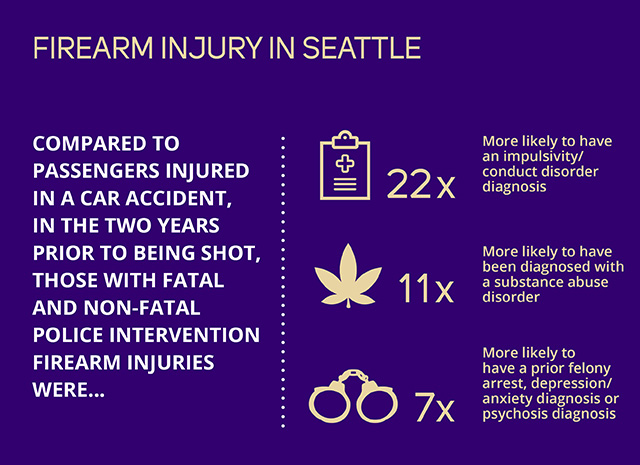 “When we looked at the results for the first time, we didn’t expect to see such extreme results in the police intervention group," said Mills, now a research scientist at the Harborview Injury & Prevention Research Center. “I hope this starts more conversations among police and healthcare personnel about the interactions they may have with someone that should be interpreted as red flags, as signs that they need help.”

Mills cautions against interpreting these results as sure signs that individuals with mental disorders, substance abuse, or arrest histories will get shot. Instead, this study should help raise awareness that individuals most at risk of getting shot have had several encounters with institutions prior to the event. These are key points of intervention that should be recognized by both healthcare and police personnel. More research should be done in other U.S. cities to see if the results follow a national trend or reflect a specific phenomenon in Seattle.

“This is one study, a snapshot of five years of injuries in one city,” Mills said. “I don't want to make any broadscale claims about what should or shouldn't be done until we have a chance to see how this type of study works in other cities. This data exists in other places and we could potentially see really interesting community-specific patterns if we reproduce this study elsewhere.”

This study was part of Mills’ doctoral dissertation while at the University of Washington Department of Epidemiology. It was supported by the Center for Studies in Demography and Ecology Shanahan Fellowship and the Harborview Injury Prevention & Research Center.