Temporarily setting aside an intellectual property pact to speed global COVID-19 vaccinations is the right thing to do, two bioethicists write. 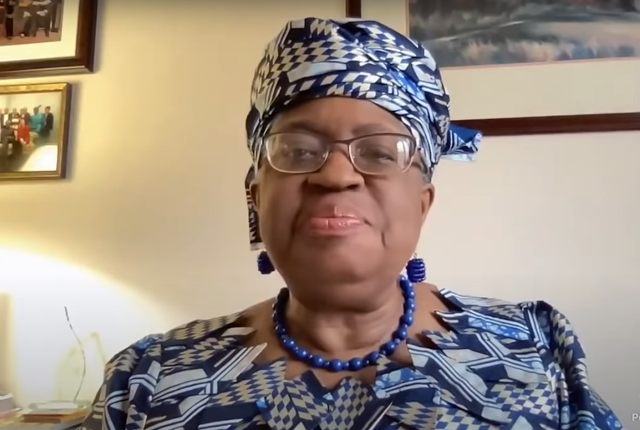 The World Trade Organization (WTO) should temporarily waive an agreement that protects intellectual property rights held by pharmaceutical manufacturers of COVID-19 vaccines, and thereby enable more companies to produce the vaccines, says a paper published July 8 in the Journal of Medical Ethics.

A waiver is the best way to speed vaccine distribution in low- and middle-income nations, where vaccinations have lagged badly due to wealthy nations hoarding available doses, said lead author Nancy Jecker, a professor of bioethics and humanities at the University of Washington School of Medicine.

“Over 100 Nobel laureates and 75 former heads of state, as well as President Biden, have expressed support for a waiver,” she said. “Opponents seem not to be defending intellectual property protections on ethical grounds but in the interest of profits."

In the paper, Jecker and co-author Caesar Atuire, a health ethicist at the University of Ghana, pose ethical rationale for a waiver and rebut opposing arguments to protect patents owned by a handful of multinational corporations.

“One of the main ethical justifications for maintaining IP protections is that profits are necessary to spur innovation and discovery. But how much money does it take? This year Pfizer might rake in $30 billion, Moderna is expected to make $18 billion, and Johnson & Johnson, $10 billion. Could these companies earn less without diminishing their incentive to innovate?” Jecker asked. Government subsidies, she noted, have offset much of the drug companies’ research and development costs during the pandemic.

Duke University’s Global Health Innovation Center projected that COVID-19 vaccines will not reach the volume needed for global population coverage until 2023 or 2024. Yet Bill Gates, among others, has asserted that it’s too late for a vaccine IP waiver to have any effect, with existing facilities already producing doses at capacity and the complexities of bringing vaccine production online quickly in resource-lacking countries.

Jecker counters that COVID-19’s potent cross-border contagion creates a moral imperative to do more to vaccinate populations as quickly as possible. She points out that, since the novel coronavirus emerged, “We’ve learned that it takes much less time than previously thought to expand capacity for vaccine manufacturing. In six to seven months, we can repurpose facilities and vet them for safety and quality.”

The IP waiver “isn’t a silver bullet,” Jecker acknowledges, but one of many steps that health-minded organizations should take to protect the world from COVID-19 as well as from future viruses likely to materialize on a large scale.

“Everyone, but especially wealthier nations, needs to help develop vaccine-manufacturing capacity in low- and middle-income countries because COVID-19 unfortunately won't be the last pandemic the world faces,” she said. “It will benefit all of us to transfer technology, to transfer know-how and to start building supplies.”

Citing World Bank projections that one in four people will live in sub-Saharan Africa by 2050, Jecker asked: “Can we really continue business as usual, in which Africa imports 99% of its vaccines? This is not a concern only for Africa, but for everyone because we all share a microbial world and its risks.”

The WTO Council is actively considering two proposals: One, from India and South Africa, would waive IP protections on “existing medical products for the treatment of COVID-19 … until widespread vaccination is in place globally.” The other, proposed by WTO Director-General Ngozi Okonjo-Iweala, would enable manufacturers in developing countries to license COVID-19 vaccines for production, as exemplified by the pact that allowed the Serum Institute of India to manufacture the Oxford-AstraZeneca vaccine.

The WTO was formed in 1995 by 76 member nations. That same year it brokered an agreement that made IP protection compulsory for members. The agreement “created a lot of restrictions to free trade that did not previously exist, and they are exacerbating inequalities between rich and poor countries,” Jecker said.

Today the WTO has 164 member nations, representing more than 95% of global trade.

“I do not think these restrictions are ethically defensible. I would be happy to see a temporary waiver enacted and set a precedent, so that when we are in the next global health crisis, we can make changes again and adapt to protect people,” Jecker said.