26 stakeholders, including several from UW Medicine, publish analysis of effort that emerged with pandemic outbreak. 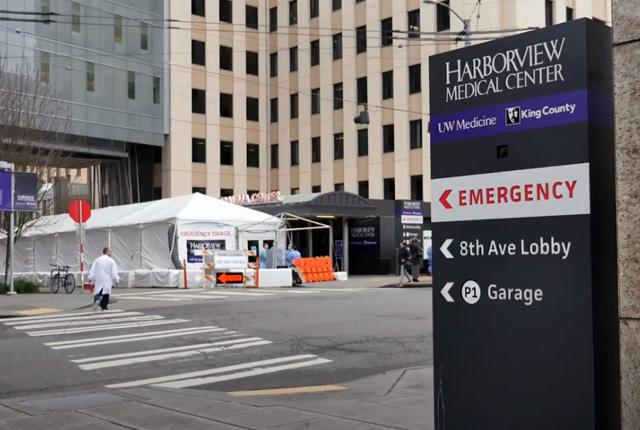 Despite having the first confirmed case of coronavirus and the first major COVID-19 outbreak in the United States, Washington state implemented a response plan that kept its death rate the lowest among all states that have had major outbreaks.

A multidisciplinary consensus panel of 26 experts analyzed western Washington’s response and identified six key factors that contributed to “flattening the curve” in the state. They report on their findings in an “article in press” on the Journal of the American College of Surgeons website ahead of print.

The six pillars of the COVID-19 response identified by the panel:

As of June 5, Washington had 22,729 confirmed cases of COVID-19 and 1,138 ensuing deaths, a rate of about 5 percent. The overall death rate in the United States is 5.7 percent, according to Centers for Disease Control and Prevention data. New York State, by comparison, has had more than 380,000 confirmed cases and 30,000 deaths, a death rate of 8 percent.

“Along with the governor’s stay at home and physical distancing orders, pre-existing relationships across the healthcare system were critical in facilitating this response,” said corresponding author Dr. Eileen Bulger,  chief of trauma at Harborview Medical Center in Seattle.

Days after the first case was identified on Jan. 21, the Northwest Healthcare Response Network coordinated with other entities—Public Health Seattle and King County, Harborview's infection prevention and control team, the state Department of Health (DOH), and the Washington State Hospital Association, among others—to create communications channels. The response network is a nonprofit coalition of 3,000 healthcare organizations in 15 counties and 25 sovereign tribal nations that collaborates on disaster preparedness and response.

“Normally we exist in a competitive landscape, but there was great willingness for each system and entity to do what they could to address the region’s needs,” said lead author Dr. Steven  Mitchell, medical director of the emergency department at Harborview and medical director of the Western Washington Regional COVID Coordination Center.

By the end of February, the first cluster of cases was identified at a Kirkland long-term care facility and the first COVID-19 death occurred in King County. Mitchell noted that as the outbreak unfolded, the stakeholders recognized the need for increased infrastructure to support a coordinated response and a regional medical operations center was established. The coordination center realized long-term care facilities “were going to be significantly impacted,” he said, but no communication mechanism existed across those facilities. Stakeholders partnered with Microsoft to build a communication platform to track critical hospital capacity data and leverage relationships between hospitals and long-term care facilities. This software platform will also support tracking of cases with mandatory reporting to the DOH.

Another key component of the response was the ability of the UW Medicine Virology Laboratory to rapidly develop viral testing and make it widely available. Bulger called the lab staff “heroes in this response.” She added, “They recognized very early that there would be a need for widespread testing that would likely exceed the capability of the state laboratory. They worked to develop their own testing platform and validate the test so that they could begin receiving samples from the initial outbreak.” As of June 5, 383,587 people have been tested for SARS-CoV-2 in Washington.

“Our geriatrics and post-acute care physicians have had longstanding relationships with many of the skilled nursing facilities, and each healthcare system has a group of LTCFs that they routinely work with for patient discharges, so they organized these strike teams to support these facilities,” Bulger said. That onsite support includes COVID-19 testing for residents and staff and training for personal protective equipment and effective isolation and quarantine. “We were able to keep many of these patients in the nursing facilities and not overwhelm the hospitals by evacuating entire facilities,” she said.

In addition to people in long-term care facilities, the response identified other vulnerable populations: minority and immigrant communities and non-English speakers; the homeless; and people in jails and prisons. PHSKC has convened nine task forces and community advisory groups to engage diverse populations. To service the homeless, King County added shelter space, hand-washing stations, and a call center along with locations where they can access isolation and quarantine services.

The COVID coordination center was built on the model established in Texas and since promoted by the ACS Committee on Trauma to support disaster response. “Each region should begin to organize itself in this way because whether it’s a pandemic or other type of large-scale disaster that occurs, it’s critical for regions to prepare to develop communication structures that support situational awareness and patient distribution strategies,” Mitchell said. “Otherwise, facilities get overwhelmed and patients suffer.”

The authors proposed these “lessons learned” as a roadmap for preparation for future outbreaks, as well as establishing a lasting infrastructure which will strengthen the health systems response to all future mass casualty events and save lives.