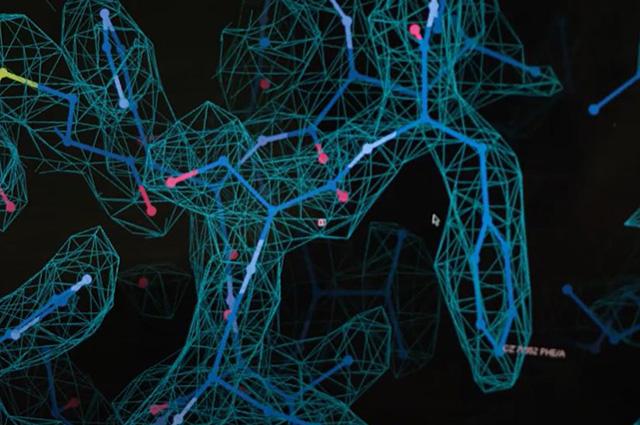 Randy Carnell
Studies of viruses, by either functional or computational biology, are the research theme of the three new HHMI investigators in Seattle.

Among the cohort of 33 newly selected scientists nationwide is David Veesler, associate professor in the Department of Biochemistry at the UW School of Medicine.

The three new Howard Hughes Medical Institute investigators bring the combined total for UW Medicine and Fred Hutch to 16. One of them is UW Medicine neuroscientist Richard D. Palmiter, professor of biochemistry and genome sciences, who, selected in 1976, has become one of the longest term HHMI investigators.

The latest round of appointments in Seattle are scientists who have made critical international contributions to understanding emerging infectious diseases.

With a far-sighted recognition of the pandemic potential of coronaviruses and related groups of viruses, Veesler’s lab has been working for many years to understand the infection machinery (Spike protein) of Severe Acute Respiratory Syndrome (SARS) and Middle Eastern Respiratory Syndrome (MERS) viruses.

While outbreaks of either of these serious lung infections have remained comparatively uncommon, the Veesler lab was well-prepared to immediately respond to the rapid emergence of and international public health threat of the coronavirus that causes COVID-19.

His lab team tapped into their advanced skills in using cryoelectron microscopy and other techniques to analyze virus proteins at a molecular and atomic level. They were quickly able to describe the structure and function of the infection machinery of what was soon to be called SARS-CoV-2. Their findings helped thousands of other infectious disease researchers and public health officials grasp how this coronavirus too-efficiently fused to and overtook host cells as spots for replication, leading to widespread transmission of the dangerous virus among people.

Additional research in the Veesler lab during this pandemic has uncovered information important to efforts to treat and stop COVID-19.  He and his team have discovered and determined the mode of action of several antibodies, including some effective against several types of coronaviruses. One of them is currently used clinically worldwide.

His work has revealed how several of these antibodies block coronavirus infection, and how certain mutations in the coronavirus cause resistance to formerly effective antibodies.  His lab has also studied lesser-known antibody supersites on the pandemic coronavirus that might hold clues to improving COVID immunity.  Learning about antibody structure and mode of action against coronaviruses and their virus cousins might also assist in the design of pan-coronavirus vaccines to prevent a variety of infections.

SARS-CoV-2 is believed to have originated in bats and then spilled over to humans as a zoonotic, or animal-to-people infection, perhaps through an intermediary animal.  It then somehow became able to jump from person to person.  Another major aspect of Veesler’s research is to learn how bats can carry a wide variety of disease viruses, without much harm to themselves. Discovering how bats co-exist with these viruses might lead to new ways to protect people, domestic animals, and wildlife.

The overall mission of the Veesler lab is to join in efforts to guard against many of the emerging infections appearing on the world stage.  Other viral pathogens his lab is studying include the Nipah and Hendra viruses, both zoonotic henipavirus diseases carried by flying fox bats. Outbreaks of severe lung and brain inflammations from these viruses have occurred in several regions of the world. The Veesler lab is studying how these viruses breach human cells, and certain antibodies that might prevent or fight off these infections.

Veesler joined the UW faculty in 2015. He did his graduate studies in structural biology at Aix-Marseille Universite in France, including time as a visiting researcher at the University of Zurich in Switzerland.  He was a postdoctoral fellow at Scripps Research.  He has received many early career honors, including a 2020 National Institutes of Health Director’s Pioneer Award, a 2020 Amgen Young Investigator Award, and a 2018 Burroughs Wellcome Fund Investigator Award in the Pathogenesis of Disease. In 2107 he was named a Pew Scholar in Biomedical Sciences.

The new Fred Hutch HHMI investigators are also innovators in virology research. Mathematician Erick Matsen is developing new approaches to creating computational algorithms to analyze viral genetic data to track viral evolution in real time, such as during outbreaks.  He is also applying mathematics to figure out how immune cells quickly mutate to produce antibodies to ward off new pathogens. He is creating statistical models of this process and is testing them with experimental data from the labs of his collaborators.

Trevor Bedford also uses computational models. In his case they are used in disease surveillance, to spot and respond to outbreaks of serious emerging viruses, such as Ebola and Zika, as well as to track ongoing circulation of endemic viruses, such as influenza.  He was part of the Seattle Flu Study team that helped detect community transmission of COVID-19 in the greater Seattle area. His approach uses genome sequencing to rapidly track the evolution and spread of viruses, and to uncover otherwise hidden patterns of transmission.  He is the co-creator of Nextstrain, a software platform for global surveillance of pathogen genomic data.  In addition to his team’s international role in tracking the evolution and transmission of the pandemic coronavirus, they have also monitored the geographical spread of the Ebola virus, uncovered silent spread of Zika, and charted West Nile and dengue outbreaks.

Howard Hughes Medical Institute will invest at least $300 million in the work of its 33 new investigators nationwide. There are currently about 250 HHMI scientists from a variety of universities and research institutions.

In a news announcement today on the 2021 HHMI investigators, HHMI president Erin O’Shea said, “HHMI is committed to giving outstanding biomedical scientists the time, resources, and freedom they need to explore uncharted scientific territory. By employing scientists as HHMI Investigators, rather than awarding them research grants, she says, the Institute is guided by the principle of “people, not projects.”

“We encourage Investigators to follow new directions, learn new methods, and think in new ways,” he said in the HHMI release.  “This could lead to scientific breakthroughs that benefit humanity.”

The current HHMI investigators at UW Medicine are: