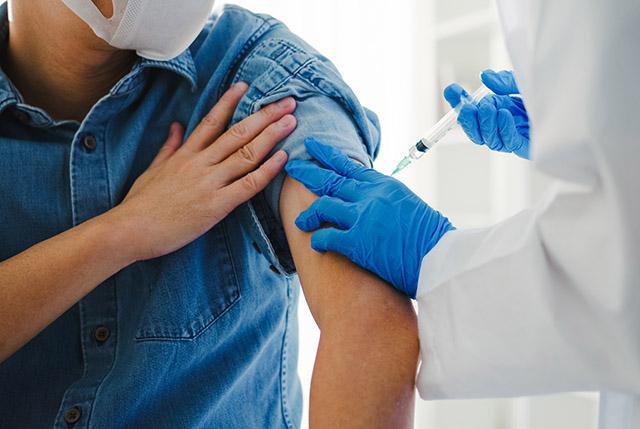 Getty Images
Vaccine boosters and hybrid immunity both produced antibodies in the bloodstream against the prevailing Omicron variants.

Knowing how well vaccination against one SARS-Co-V2 strain (with or without previous infection) counteracts infection with a different strain is a critical research question.  The answers could guide strategies to continue to subdue the COVID pandemic, even as the coronavirus regains ground.

Recent scientific studies in this area have been led by the labs of David Veesler, associate professor of biochemistry at the University of Washington in Seattle and Howard Hughes Medical Institute Investigator, and Davide Corti of Humabs BioMed SA of Vir Biotechnology in Switzerland.

Their latest findings appear in this week’s Science magazine in the paper "Imprinted antibody response against SARS-CoV-2 Omiron sublineages."

The international team looked at several aspects of the effects of exposure to earlier forms of the SARS-CoV-2 spike antigen – or immune-provoking protein -- on the immune system’s reaction to the Omicron variants.

The Omicron variants of the SARS-CoV-2 virus appeared at the end of 2021 and have marked genetic differences from the ancestral SARS-CoV-2.  The many, distinct mutations in their infection machinery have enabled them to escape from antibodies elicited from the original series of vaccines, from a history of infection, or from both of those two immune-system training events.

Antibodies are immune proteins that recognize tiny foreign entities, like viruses, and then neutralize them by latching onto the invader.

Past studies from the same team have noted that the BA.1 Omicron variant emerged as a “major antigenic shift due to the unprecedented magnitude of immune evasion associated with this variant of concern.”  They explained that mutations in two of the main antibody targets in the virus explain why there is markedly reduced antibody neutralizing ability against these variants, especially in people who have not received booster doses.

“As a result, an increasing number of reinfections are occurring,” the scientists wrote in their paper, “even though these cases tend to be milder than in infections of immunologically naïve individuals.”

The evasive ability conferred by the mutations, they noted, also helps explain why most monoclonal antibody therapies given to patients in the clinic are less effective against these variants.  However, the researchers did identify a pan-variant and ultra-potent neutralizing antibody, named S2X324, that stood out. Its neutralizing potency was largely unaffected by any of the Omicron variants tested.

The authors show that this monoclonal antibody prevents binding to the receptor on host cells that the pandemic coronavirus usually commandeers.  The scientists also suggested that combining this antibody with others in a cocktail might reduce the chances of the virus becoming antibody treatment resistant

Through their experiments, the scientists learned that vaccine boosters and hybrid immunity (acquired through a history of an infection and vaccination) both induce neutralizing antibodies in the bloodstream against Omicron BA.1, BA.2, BA.2.12.1 and BA.4/5.

People who had a breakthrough infection after vaccination also produced neutralizing antibodies against these variants in the mucus lining the inside of their noses. However, people who only received the vaccine did not generate antibodies in their nasal mucosa. This finding lends support to efforts to develop and evaluate next-generation COVID vaccines that could be delivered intranasally as the nose is generally the site where the virus first enters the body.

The scientist also determined that antibody responses to the pandemic coronavirus follows a pattern similar to the way the immune system responds to variations of the influenza virus.This phenomenon is called immune imprinting.  It means that the immune response shows a preference for recalling existing memory B cells specific against parts of the virus present in a strain to which an individual was previously exposed, rather than priming new memory B cells targeting differences present in markedly different strains upon infection. While this can be helpful in stimulating a cross-variant attack, the scientists explain, having previous exposure to earlier versions of a virus can sometimes hinder a more specific response against a virus that has mutated significantly.

The work reported this week in Science was supported by the National Institute of Allergy and Infectious Diseases (DP1AI158186 and HHSN272201700059C), a Pew Biomedical Scholars Award, an Investigators in the Pathogenesis of Infectious Disease Awards from the Burroughs Wellcome Fund, Fast Grants, the University of Washington Arnold and Mabel Beckman cryoEM Center, the National Institutes of Health (S10OD032290), and the Howard Hughes Medical Institute.

The list of researchers on the study who declared competing interests can be found in the Science paper, or journalists can contact our office for a copy: mediarelations@uw.edu