New clues surface on how to block reemergence of HIV

New clues surface on how to block reemergence of HIV

“We wanted to answer the question ‘How does HIV bounce back when treatment is stopped?'" said Dr. Florian Hladik. 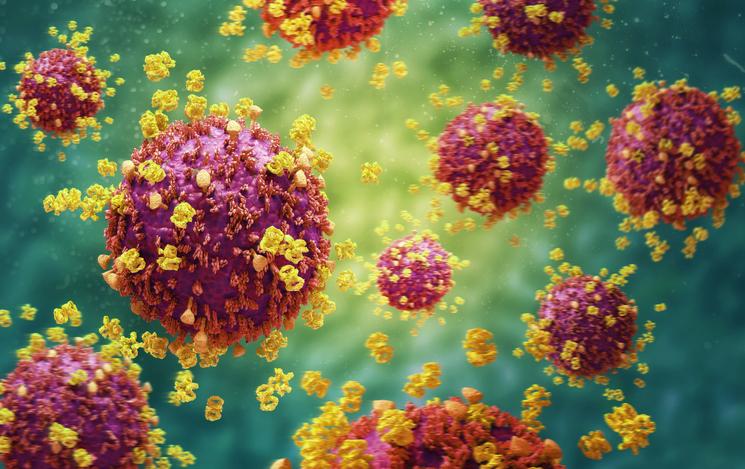 Getty Images
Inhibitors might be the key to preventing the HIV virus from reemerging after treatment.

A new study released today in the Journal of Virology  gives insights into how the HIV-1 virus, which often persists in the body despite antiretroviral treatment, reemerges when treatment stops. More importantly, the study also gives clues on how to stop this reemergence from occurring.

“We wanted to answer the question ‘How does HIV, the virus that causes AIDS, bounce back when treatment is stopped, even when undetectable after many years of highly efficacious treatment?’” said senior author Dr.  Florian Hladik. He is a research professor in the Department of Obstetrics and Gynecology at the University of Washington School of Medicine.

“In principle, we know how HIV persists by hiding in the genome of infected cells in the form of so-called latent provirus,” added lead author Dr. German Gornalusse, who is also in the obstetrics and gynecology department  of the UW School of Medicine. “During treatment, these latently infected cells are usually quiet, but when treatment is stopped some of them resume to make the infectious virus. If we know how these cells are triggered to produce virus and where in the body this happens, we will be better able to prevent reemergence of HIV.”

Curing HIV faces some of the same hurdles as curing cancer, Hladik noted. Even with the best imaginable curative treatments, which notably all still remain experimental, some infected cells will likely remain.

This study looked at the mechanisms of how HIV-1 provirus containing cells may be triggered into producing HIV in female patients.

To mimic latency, the researchers used human T lymphocyte lines containing HIV provirus. Using primary epithelial cells, harvested from gynecological surgeries from nine donors, the researchers found that epithelial cells from the endocervical canal of the human uterus were particularly effective in triggering latent HIV to remerge. This capacity was enhanced when the epithelial cells were infected with herpes simplex virus or triggered with some other pathogen-derived factors.

The research team found that they could partially block this process of HIV reemergence by inhibiting a cytokine named TNF-alpha. Cytokines are proteins that act as immune messengers between cells. The research team is testing other such “HIV silencers”, including ones that are not targeting cytokines but focus more selectively on HIV itself. One example of an inhibitor would be Tat inhibitor didehydro-Cortistatin A (dCA), Hladik noted.

The researchers used the female genital tract as a model system to study HIV reemergence. In women and men, the same processes may occur throughout the gut, because the gut lining is covered by a type of single layer epithelium called “columnar” that has similarities to the epithelium covering the endocervix of the uterus. The researchers are therefore extending their studies to epithelial cells from the intestinal tract. The gut has a much larger surface than the genital tract and hypothetically plays an outsized role for HIV reemergence.

“We will continue with these studies because there are many more questions to answer specifically concerning HIV reemergence, and we are collaborating with several investigators in Seattle to more broadly further HIV cure along several lines of investigation,” said Hladik, who is also a member of the Vaccine and Infectious Disease Division of the Fred Hutchinson Cancer Research Center.