Most gun-owning homes in state do not safely store firearms

Most gun-owning homes in state do not safely store firearms 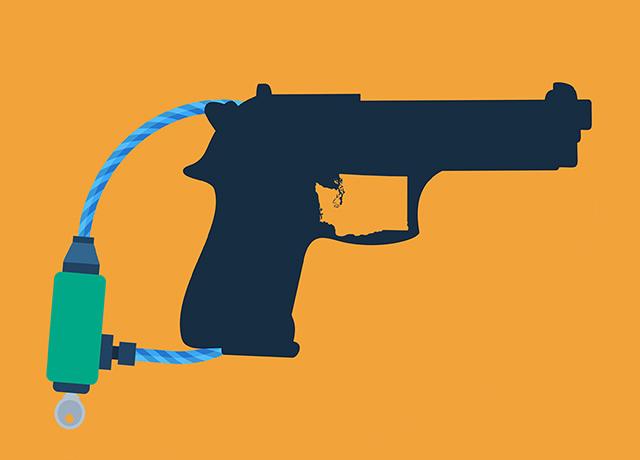 Annie Pellicciotti / UW School of Public Health
In Washington state in 2016, firearms were the leading method of suicide for men and the second leading method for women.

Sixty-three percent of firearm-owning households in Washington state do not store their firearms locked and unloaded, according to research led by the University of Washington School of Public Health.

Suicide is the 10th-leading cause of death in the United States, and almost half of those deaths involve a firearm. In Washington state in 2016, firearms were the leading method of suicide for men and the second-leading method for women.

Numerous public health, medical, and firearm organizations across the nation define safe firearm storage as locked, unloaded, and out of reach of others. These barriers to firearm access can affect the risk for someone contemplating suicide.

“Access to lethal means is part of what’s fueling suicides,” said lead author Erin Morgan, a doctoral student in the Department of Epidemiology. “Public health workers, emergency responders and policy makers should push to tailor suicide interventions and trainings for safe storage practices with suicide risk and firearm access in mind. Temporarily restricting access to a firearm for someone at risk is an opportunity to save a life.”

Morgan and her colleagues analyzed data from the Washington state 2013, 2015 and 2016 Behavioral Risk Factor Surveillance System, a national telephone survey run by the Centers for Disease Control and Prevention. It collects data such as health-related risk behaviors.

The study also found no significant differences in mental health indicators between residents of gun-owning households and those in households without guns. However, among firearm-owning households in which safe gun storage was not practiced, alcohol misuse was more common.

These findings provide the most recent evidence suggesting that policy makers and public health officials should take a closer look at how they approach suicide intervention when a gun is in the household, Morgan said.

The study recommends all states collect data inquiring about firearm ownership and storage practices via the CDC system. The practice was once standard nationally but has not been performed in many states in 14 years. Clinicians can also play a role in suicide risk intervention by discussing firearms and safety practices with their patients. Finally, community-based and national campaigns can educate firearm owners about safe storage practices.

This study was funded Grandmothers Against Gun Violence, a Washington state-based grassroots organization. The study was a collaboration of the University of Washington, the Harborview Injury Prevention & Research Center, and Public Health-Seattle & King County.