Scientists have created a way to generate thousands of different mini-protein binders as possible drug candidates. 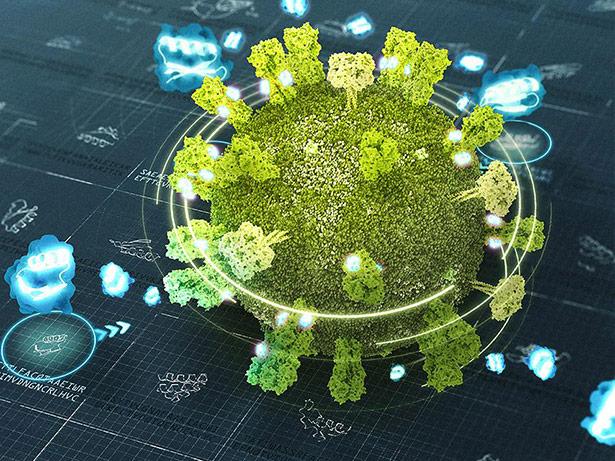 These computer-designed proteins, which did not previously exist in nature, combine the stability and bioavailability of small molecule drugs with the specificity and potency of larger biologics.  They would not require refrigeration, and they likely would be simple for patients to take.

"These mini-protein binders have the potential of becoming a new class of drugs that bridge the gap between small molecule drugs and biologics. Like monoclonal antibodies, they can be designed to bind to targets with high selectivity, but they are more stable and easier to produce and to administer," said David Baker, who led the multi-institutional research project.  He is a professor of biochemistry at the University of Washington School of Medicine and director of the UW Institute for Protein Design.

Baker and his colleagues report their findings in article published online Sept. 27 by the journal Nature.

Aaron Chevalier,  Daniel-Adriano Silva  and Gabriel J. Rocklin were the lead authors and were all senior fellows at the UW Institute for Protein Design at the time of the project.

The method used a computer platform, called Rosetta, developed by Baker and colleagues at the University of Washington. They designed thousands of short proteins, about 40 amino acids in length, that the Rosetta program predicted would bind tightly to the molecular target.

Because of their small size, these short proteins tend to be extremely stable. They can be stored without refrigeration. They also are more easily administered than large protein drugs, such as monoclonal antibodies.

Previously, such short, protein-binder drugs were typically re-engineered versions of naturally occurring proteins.  These, however,  tended not to be significantly better than monoclonal antibodies.

Because these mini-proteins binders are original designs, they can be tailored to  fit their targets much more tightly and are simpler to modify and refine.

In this study, the researchers sought to design two sets of these proteins:  one set that would prevent the influenza virus from invading cells and another that would bind to and neutralize a deadly nerve toxin from botulism.  This toxin is considered a potential bioweapon.

The  computer modeling identified the amino-acid sequences of thousands of short proteins that would fit into and bind to the influenza and botulinum targets.  The researchers created short pieces of DNA that coded each of these proteins, grew the proteins in yeast cells, and then looked at how tightly they bound to their targets. The targets were Influenza H1 hemagglutinin  and botulinum neurotoxin B.

All told, the method allowed them to design and test 22,660 proteins in just a few months.  More than than two-thousand of them bound to their targets with high affinity.

Evaluation of the best candidates found that the anti-influenza proteins neutralized viruses in cell culture and other designed proteins prevented the botulinum toxin from entering brain cells.

A nasal spray containing one of the custom-designed proteins completely protected mice from the flu if administered before or as much as 72 hours after exposure.. The protection that the treatment provides equaled or surpassed that seen with antibodies, the researchers report.

Testing of a subset of the proteins showed that they were extremely stable and, unlike antibodies, did not become inactivated by high temperatures. The small proteins also triggered little or no immune response, a problem that often renders larger protein drugs ineffective.