The coronavirus pandemic has created a new sense of urgency to lower the prevalence of diabetes. 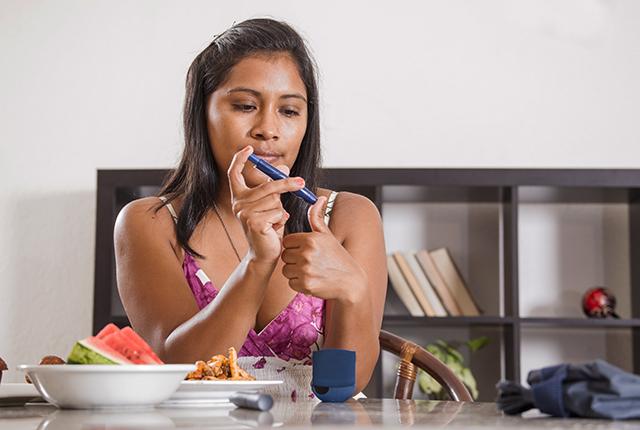 Getty Images
The World Health Organization has said people with diabetes are among the most vulnerable to COVID-19.

In the state of Washington, the Latino community is the largest and fastest growing minority group. Dr. Lorena Alarcon-Casas Wright, the clinic director, said diabetes disproportionately affects Latinos -- they get diabetes at a younger age, and are more likely to die from complications of diabetes than white patients.

For Wright, who grew up in Mexico, rising diabetes rates are linked to healthcare disparities and lack of access to culturally sensitive care delivered by a bilingual team. She wants more people in the Latino community to seek help, and said this clinic will be a great outreach tool.

“I want to help shape a culturally sensitive, culturally competent diabetes service,” said Wright, a clinical associate professor of medicine at the University of Washington School of Medicine,  where she specializes in metabolism, endocrinology, and nutrition.

The clinic is located in South Lake Union at the Diabetes Institute, at 750 Republican Street in Seattle. It is starting out weekly on Tuesdays from 7:45 a.m. to 4:45 p.m. with plans to grow. Patients can self-refer or seek a referral from their healthcare provider.

The pandemic has created a new sense of urgency to control diabetes. The World Health Organization has said people with diabetes and its related health complications are among the most vulnerable to COVID-19, along with the elderly.

In Mexico, diabetes is the second leading cause of death after cardiovascular disease, and Mexico is facing a COVID-19 crisis. The number of COVID-19 deaths in Mexico is officially the fourth highest in the world (about 75,000), according to a tally by Johns Hopkins University. Earlier in September, the health ministry in Mexico said it recorded more than 120,000 “extra” deaths from COVID-19, which would make Mexico the second highest in the world.

Obesity is linked to 80 percent of Type 2 diabetes cases, and Mexico has been dealing with rising obesity rates for the past 30 years. Some 75.2% of the population aged 20 or older is either overweight or obese, government data shows, up from 71.3% six years earlier.

Wright said the clinic will give students and residents the opportunity to learn about care of minority patients and how cultural differences affect healthcare.

“One patient told me that in a nutrition class they told participants to eat more quinoa and kale, but she didn’t know what those were,” Wright said. “The patient thought that was funny, but people are not culturally thinking of the Latinx community among other things.”

The Diabetes Institute opened in July 2019 with a clinic and translational research in diabetes and obesity. Patients benefit from the latest research and researchers can recruit patients for studies.

Wright said currently she is seeing diabetes patients who have complications or co-morbidities, such as kidney disease. Her goal is to see patients before they progress to this stage.

What makes diabetes dangerous, she said, is the disease can be asymptomatic until symptoms are out of control. She said advanced diabetes will have symptoms such as thirst, need to urinate frequently, dehydration and weight loss. At more advanced stages, patients can vomit and collapse.

She emphasized that it is important for people to get screened for diabetes so doctors can catch it early.