IUDs likelier to be expelled if placed right after childbirth

IUDs likelier to be expelled if placed right after childbirth

An important reason for IUD failure and unwanted pregnancy, the study noted, is unrecognized expulsion of the IUD following insertion. 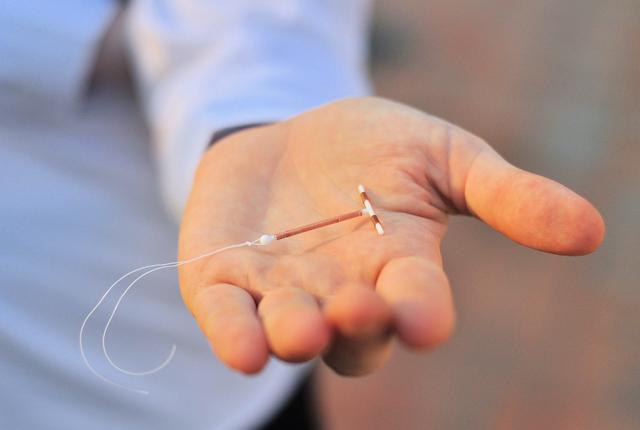 Getty Images
The study examined how postpartum timing of IUD insertion and breastfeeding affected the risk of IUD expulsion.

A multiyear study of intrauterine devices (IUDs) shows that the popular birth-control device is five times more likely be expelled if it is inserted right after childbirth. The study was published Feb. 28 in the JAMA Network Open.

The study included the examination of more than 326,000 IUD insertions between 2001 and 2018. The Association of Perforation and Expulsion of Intrauterine Devices (APEX-IUD) cohort study included women ages 50 years or younger. Only the first IUD insertion during the study period for each individual was included in this analysis.

“The first goal of this analysis was to see if there was a higher risk of IUD expulsions in the year following a delivery, while the second goal was to see if breastfeeding increased or decreased the risk of expulsion,” said Dr. Susan Reed, one of the study authors and an OB-GYN with the University of Washington School of Medicine.

The study identified nearly 9,000 IUD expulsions. Average age of individuals in the study was 32. The population was diverse – about 60% were Hispanic or nonwhite. When an IUD was inserted immediately after childbirth or within three days of delivery, the cumulative risk of expulsion over five years was about 11%. This risk was five times greater than that among women who had an IUD placed more than a year after delivery or who had never been pregnant. If an IUD was inserted six weeks to 14 weeks after childbirth, the cumulative five-year expulsion rate dropped to 3%.

Breastfeeding also decreased the risk of expulsion by about 30%, the study found.

APEX-IUD is the largest study to date to examine postpartum timing of IUD insertion and breastfeeding with risk of IUD expulsion, Reed said. The findings confirmed smaller prior studies, she added.

An important reason for IUD failure and unwanted pregnancy, the study noted, is unrecognized expulsion of the IUD. Primary care providers should talk with their patients about rates of IUD failure, and engage in individualized shared decision-making about timing of an IUD placement. Expulsion rates should be part of these pre-delivery conversations.

In general, Seattle area providers are good about broaching this caution and discussing IUD risks and benefits, but other areas may differ, Reed noted.