IUD perforation is rare, but women should still know about it

IUD perforation is rare, but women should still know about it

New study results in more precise language in the federally mandated warning about this possibility. 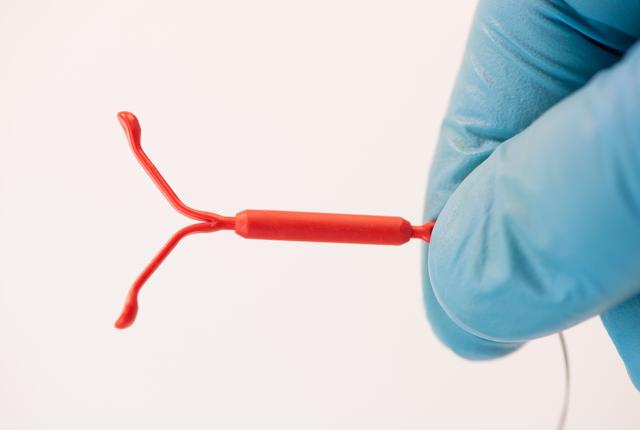 Getty Images
The study assessed risks when an IUD is placed in the year postpartum and while a woman is breastfeeding.

Women who choose to use an intrauterine device, or IUD, for birth control should be aware of the very small possibility that the device could puncture their uterus. They should know how to recognize that circumstance if it occurs, according to a new study published in The Lancet.

The U.S. Food and Drug Administration mandated the study to evaluate women's risks when an IUD is placed in the year after giving birth and when an IUD is placed during the period that a woman is breastfeeding a baby. These results were compared, respectively, with non-postpartum insertions and insertions in non-breastfeeding individuals, explained UW Medicine’s Dr. Susan Reed, the study’s lead author.

Across the study cohort of 327,000 women, the percentage of perforation cases diagnosed within five years of IUD insertion was 0.6 %, the study concluded.

Reed said the study led Bayer Pharmaceuticals to make a label update on its Mirena IUD, providing greater precision to the existing language. The packaging instructions alert women to contact their doctor immediately if they experience symptoms associated with uterine perforations. The main symptoms are pain and change in bleeding patterns, Reed said.

“This study provides additional information on which patients may be at higher risk of perforation and which patients may need additional monitoring. It is a reminder to providers that the consent process is critical and that we should provide better instructions on what to watch for,” said Reed, an OB-GYN with the University of Washington School of Medicine.  As well, medical providers may ask patients who are experiencing symptoms to seek follow-up ultrasounds in clinic to ensure that the IUD is in the proper place.

Despite the slight increase of perforation when insertion occurs in breastfeeding women and in women with insertions between four days and six weeks postpartum, the benefits of effective contraception “should have little clinical impact," the report stated. “Perforation remains an incredibly rare event."

“The main takeaway is that follow-up may be warranted with these specific groups of patients,” Reed said. “We want to stress to women that this is a safe option for contraception.”

Copper and hormonal-based IUDs work by changing the way sperm cells move so they don’t connect with the egg in the uterus. Worldwide 14% of women use IUDs, which are 99% effective at preventing pregnancy. In the United States, about about 10% of women use IUDs, according to the American Colleges of Obstetricians and Gynecologists.