Study involved 2,548 people; those who had highest levels of marker at outset were likelier to develop kidney problems. 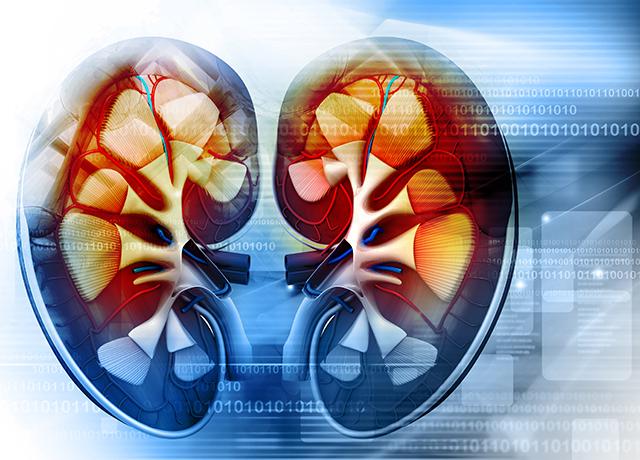 A large, multiethnic study of healthy individuals found that high blood levels of an inflammatory marker are linked with long-term decline of kidney function. The results may shed light on biological mechanisms that spur chronic kidney disease.

The findings were published today in the Journal of the American Society of Nephrology. Research was led by Pavan Bhatraju, a fellow in pulmonary and critical care medicine at the University of Washington School of Medicine.

The culprit is tumor necrosis factor receptor 1 (TNFR1), which is expressed by cells in the kidneys and elsewhere in the body. It is known to contribute to inflammation and dysfunction in endothelial cells that line blood vessels, and previous studies have linked TNFR1 with disease progression in people who have kidney disease.

“Our findings suggest it has a role in the development of chronic kidney problems in healthy people,” Bhatraju said.

Bhatraju and colleagues analyzed data from 2,548 participants in the Multi-Ethnic Study of Atherosclerosis (MESA), an ongoing medical research effort involving more than 6,000 men and women in six U.S. communities. Subjects’ average age was 61 years, and they were generally free of known kidney or heart disease at the start of the study, when TNFR1 levels were measured.

“We looked at the association of TNFR1 levels at baseline with kidney decline 10 years later,” Bhatraju said. “To minimize confounding factors, we adjusted for other known risks associated with kidney disease and other biomarkers of kidney decline. TNFR1 was still strongly associated w/ the clinical outcomes.”

Rates of decline over 10 years were nearly four times higher among people in the highest vs. lowest TNFR1 levels. This association was independent of previously known risk factors for kidney disease progression, and persisted across multiple subgroups of participants.

The finding, he said, poses a question: “In healthy people, could we use this biomarker to identify patients who are at higher risk for kidney problems?”