Two researchers affiliated with UW School of Medicine were named to TIME's 100 most influential people for 2022. 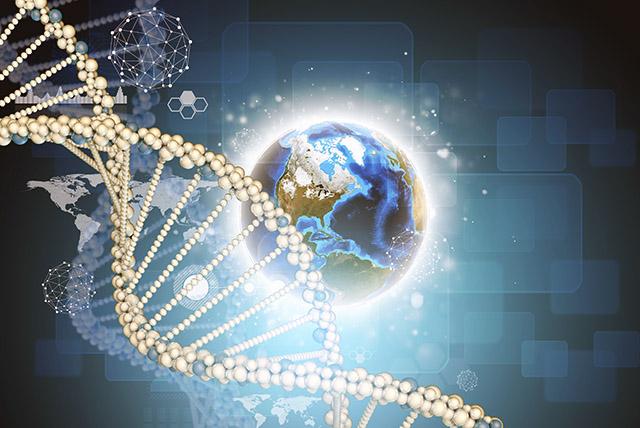 Getty Images
Both UW Medicine-affiliated 2022 TIME 100 honorees work in genomics, one on the human genome, the other on emerging pathogens

Genome scientist Evan Eichler and global health researcher Tulio de Oliveira have been named to 2022 TIME100.  This is the magazine’s annual list of the hundred most influential people over the past year.

The full list and related tributes will appear on newsstands Friday, May 27, in the June 6/June 12 issue, and can now be viewed online at time.com/time 100. This is the nineteenth annual compilation of the list, which recognizes the impact of the world’s most influential people during the past year.

Eichler is a professor of genome sciences at the University of School of Medicine and a Howard Hughes Medical Institute Investigator.  de Oliveira is an affiliate professor of global health, a joint UW medical school and UW School of Public Health department. His main faculty appointment is at the University of KwaZulu-Natal in South Africa. He is director of CERI (Centre for Epidemic Response & Innovation) and also founded KRISP, a state-of-the-art scientific facility in Africa created to support public health responses. KRISP is a partner in the global UWARN  communicable disease outbreak monitoring network coordinated at the UW.

Eichler, and the multi-university research group of Karen Miga, Adam Phillipy, and Michael Schatz, were honored together as a team in the Innovation category. They are credited with leading the recent effort to complete a gapless human reference genome. The achievement was published in Science April 1, along with a series of scientific papers analyzing different aspects of the finished genome. The work was the culmination of a large consortium, the Telomore-to-Telomere orT2T, which aimed to complete sequences of all 23 human chromosomes, end-to-end. Please see related news release.

A TIME tribute to the project team was written by Jennifer Doudna, a 2020  Nobel Laureate in Chemistry recognized for her work on CRISPR-Casp gene editing. She pointed out the significance of their recent achievement in advancing understanding of human evolution, common and rare diseases, and the structure and function of the human genome.

Eichler’s lab and his graduate students, alongside their work on the overall human genome completion project, contributed to advances in gene sequencing technology and analytics that allowed scientist to delve into difficult-to-decipher areas of the human genome. These regions were found to contain new information about what makes us distinctly human, in comparison to other primates. Their findings also provided insights into primate evolution. Other T2T studies in his lab are clarifying the structure and function of centromeres, which are critical for the accurate segregation of genetic material during cell division.

Among the many intriguing findings of the Eichler lab were certain human-only areas of repeated code.  These human-specific areas of segmental duplication are reservoirs for new genes that drive the formation of more neurons and increase connectivity among synapses in the frontal cortex of the brain.  This is the part of the brain where reasoning, logic and language functions take place.

Eichler was part of the original Human Genome Project back in 2001. He was fascinated by regions of the genome that were complex from the perspective that they were highly repetitive, but also encoded genes. Ever since the Human Genome Project was concluded, he had an intense desire to finish those parts of the genome that were felt to be inaccessible at that time. Now, he says, is not the end, as scientists have only finished a human genome.  He looks forward to the completion of other human genomes to better showcase the diversity of humanity encoded in genome variation.

Bioinformatics expert Tulio de Oliveira was honored with Sikhulile Moyo, his former Ph.D. student, in the Pioneering category.  Moyo is the director of the lab in Botswana that was among the first to detect the Omicron variant of the coronavirus that causes COVID-19. The discovery occurred during their routine analysis of the virus’ genetic materials in positive patient samples. The full sequences of genetic data allowed them to look for any evolutionary changes in the virus currently being transmitted.  They were alarmed to see that some of the samples contained heavily mutated viruses – far more than previous variants. He reported the sequences to the Botswana Ministry of Health and Wellness, and discussed the matter with de Oliveira in South Africa, who was also seeing strange mutations. Africa publicly reported the genetic and epidemiological findings on the new strain, which was later named Omicron, to the rest of the world.

de Oliveira has worked on viral outbreaks for more than 20 years. These included HIV, Hepatitis B and C, Zika, Yellow Fever, Dengue, Chikungunya, and SARS-CoV-2, the pandemic coronavirus. He is the former director of the Genomics Program at the Wellcome Trust Africa Centre for Health and Population Studies in South Africa.

de Oliveira is based at one of the seven international partner sites for UWARN, a National Institutes of Health-funded center at the UW.  UWARN is a world network of researchers who share their latest information to stay on top of emerging and reemerging pathogens, and their evolving variants.  Their goal is to detect potential outbreaks occurring in various parts of the world, information that could assist various agencies in mitigation efforts.

A tribute to the two global health leaders was written for the 2022 TIME100 by John Nkengasong, a Cameroonian virologist who is serving as the first director of the African Centers for Disease Control and Prevention. He applauded them for their remarkable contributions to the understanding of COVID-19 variants in the world.

de Oliveira was one of 10 scientists listed in Nature in 2021 for their outstanding scientific developments. He was also named in MIT Technology Review as one of the leaders of the 10 breakthrough technologies of 2022. This same year, he received the Gold Medal Award from the South African Medical Research Council, and, for his contributions to society, the Batho Pele Award from the Government of South Africa.